We know there are problems in America.

Generations of people held down without proper access to education, social services or healthcare.

And as we see these problems and hear about these problems it’s so easy to say, “Well, that’s a shame” or “I’m really sorry” and then move back toward the lives right in front of us.

2016 has been a year of great social unrest in our country. Riots. Police Shootings. More Death. More violence. Like I wrote back in June after the horror in Orlando, it’s been harder for those of us to move on so quickly without asking ourselves “What can I do?”

There are so many of us who want to live out the words of Gandhi who said: 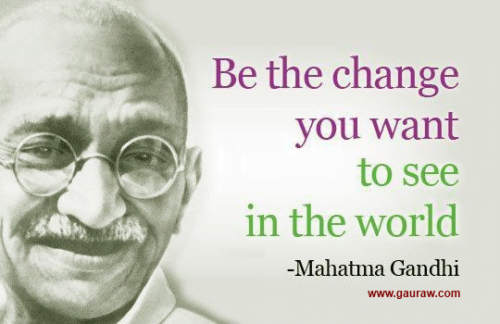 But, this is the problem: we don’t know where to start. So what do we do? Nothing.

So thank goodness for teachers, prophets and leaders that have emerged in times such as these to help lead the way.

One of these teachers is Rev. Dr. William Barber II, a Disciples of Christ minister serving Greenleaf Christian Church in Goldsboro, North Carolina and the North Carolina chapter President of the NAACP.

He’s one the founder of Moral Mondays in his state: a collection of pastors and other deeply committed church folk who protest weekly at the Raleigh, NC state capital to say “Enough is a enough.” They speak out (even being arrested if necessary) asking for voting rights to be expanded for all, for better care to be taken of the environment in state laws and regulations, for social programs to be expanded in support of the poorest of the poor, and for more attention to be given to education in the most in need areas (among many other topics). Two of my seminary classmates and friends, Jonathan Wilson-Hartgrove and Sarah Jobe have been active participants in this movement for years– teaching me so much about what faith inspired activism looks like in their context.

But the thing is that Rev. Barber’s ministry has grown an expanded to other states– not just North Carolina. And with him, he’s taken a brilliant group of other deeply passionate leaders: Dr. James Forbes, former pastor of the Riverside Church in New York City, Rev. Traci Blackmon, the Justice and Witness Minister of the United Church of Christ and Sister Simone Campbell, the leader of the Nuns on the Bus movement. You might have even heard Rev. Barber preach (and I mean preach!) at the Democratic National Convention in July. [If you missed it, you can watch his full remarks here (and they were so good)].

In the past couple of months, Barber along with his colleagues have visited 19 other cities organizing pastors and leaders saying: it’s time to be our brothers and sisters’ keepers. If one of hurts in this world, we all should hurt too.

Rev. Barber and company are calling their work a Revival saying “It’s Time for a Moral Revolution.” We must live out the teachings of our faith to love our neighbors, all of them.

I had the opportunity to attend the revival two weeks ago held in Washington, D.C. at the Pennsylvania Ave. Baptist Church. 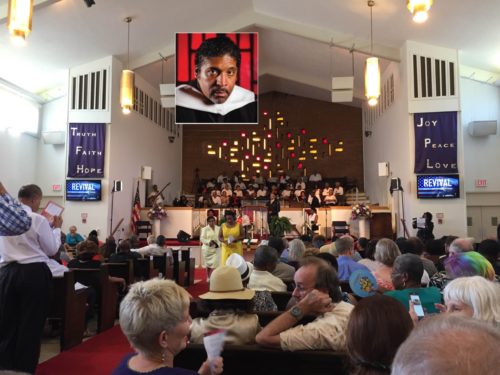 So all this to say, if you are looking for a place to connect with other like-minded people who want things in our country to change and who want the words of Micah 6:8 to ring forth in our land:

“And what does the Lord require of you? To act justly and to love mercy and to walk humbly with your God.”

Learning from the “I’m Spiritual But Not Religious”
Next Post: A Punishing God (Or Not?)