Did you know that statistics say that 1 in 8 couples in the US will experience infertility?

Today, I’m glad to introduce you to the story of Rabbi Debbie and her journey with the statistics of infertility as it came to be a part of her own story.

When I was at Rabbinical College, one of the things that stayed with me most clearly in Practical Rabbinics was  something Rabbi Laura Janner-Klausner said in an excellent class on Baby Blessings.

“Every time you celebrate something in synagogue, it causes someone in the congregation pain”

I think this was an incredibly important lesson. Having shared my previous post about infertility, feel conscious that my closing good news could give others pain.

For myself as a Rabbi, I always tried to separate those things that were about me.  And those celebrations that were truly others’. This helped me to participate in their joy.

However one of the most frustrating phrases I heard while struggling through treatment or waiting was ‘please God by you’.

This made it much harder to feel happy for others, as it instantly made their joy about my own sense of failure.

(Of course I don’t personally believe in a micro-managing interventionist God like that… but everyone wonders!!)

I had to make peace with the fact that sometimes people don’t know what to say, and want you to know they want things to be better for you.

But two of the most important lessons I learned were from doctors.

Yes, it was doctors who said I was most likely untreatable. He offered statistics like this: I’d have a 5% of success in regular IVF, but they also had words of great wisdom.

“You are not a statistic.”

He continued: “You don’t give up or start talking about adoption or egg donation until you’ve tried.”

The idea that I am not a statistic sounds simple, but it wasn’t something I had considered logically.

The doctors say it’s this chance, this must be true.

Of course, medical statistics are funny things; in this case they were taking account of one result, and not several others (my PCOS friends may be surprised to learn that IVF has excellent results on PCOS sufferers, although many women have PCOS and never know it because they conceive before being diagnosed).

This wonderful man gave me the courage to push back, and to ask again if the hospital would reconsider.

Which of course they did, trying an alternative method, before discovering my original result was a hormone that was completely lying to them and there was no reason not to be trying the full whack.

I know for many at some point in the fertility pursuit we have to say enough is enough. These folks look to other options, but I was 30 years old, and had never been put through one cycle to even know!

When we were finally being treated the first time round, another doctor said something else. I asked what I could do to boost my chances.

His response was that I didn’t need to change anything.

Now those of you who know me know this isn’t so far from my natural state of being.

However fertility treatments are enough to drive anyone to distraction, but I tried to not let the little things get to me, and to stay calm even when the big things threatened to, was incredibly helpful.

The power of the mind is not quite as great as the power of the embryologist, but it sure does help, and remembering this in combination with the fact that we are not statistics and no one can predict the outcome gave me huge cause to relax in itself.

That’s not to say these things aren’t trying. The dreaded two-week wait between implantation and knowing the result is complete torture. And of course, worrying just doesn’t help, and laughter is incredibly healing.

With this in mind one of my favorite memories of the process was coming around after my first egg extraction, and feeling a pain in a place ladies don’t like to.

I asked the nurse about it.  She said in a strong Spanish accent: “Don’t worry, there’s been a small prick in there”.

She said it completely straight faced. And despite being uncomfortable and still groggy from the sedation, I just burst into giggles.

There is humor in the funniest of places.

Editor’s note: The update to Rabbi Debbie’s story is she beat the statistics that the doctors offered her.

Both of these kids from the same cycle of IVF. She’s thankful to God for her children, though she is also sad that she lost another child around 10 weeks.

And currently, Rabbi Debbie Young-Somers is Community Educator at Reform Judaism. She has a passion for creative ritual, interfaith, craft and comedy! She lives in London, England with her family. 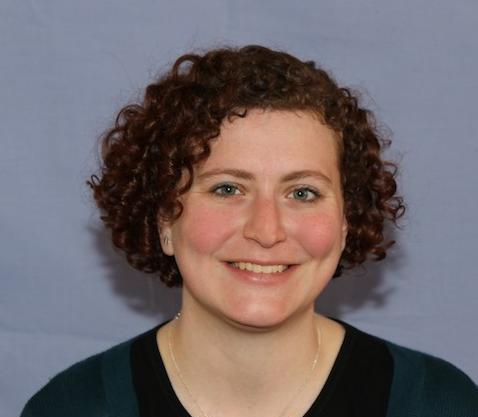 Hey! My friends over at FertilityIQ are working hard to provide this community the most helpful information to equip you during your infertility journey. They just launched Fertility 101 last week, but also have courses on Lifestyle Choices, PGS Genetic Testing, IVF, IUI, Endometriosis, Male Factory Infertility, ICSI,  Embryo Transfer Guide, IVF Laboratory, Acupuncture, Egg Freezing, and Surrogacy for Gay Dads.

My Final Tribute to Mr. Wendell Hagan
Next Post: Why This Straight Pastor Supports Gay Pride

END_OF_DOCUMENT_TOKEN_TO_BE_REPLACED

The Fires of Pentecost
You’ve Got This: Persevere
Just stop with all the nationalism: don’t celebrate the 4th of July in church
New Book Coming 2020!
Why This Straight Pastor Supports Gay Pride
My Final Tribute to Mr. Wendell Hagan