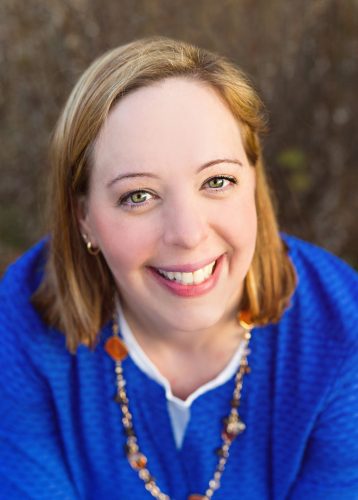 Today, I’m glad to offer my friend Lawren’s telling of a story for National Infertility Week: the meeting of strangers with more in common than they could have known.

My career requires occasional travel, often taking a same-day format in which I depart home in the wee morning hours, fly to another city for a daytime meeting, and then return home late in the evening. Inevitably exhausting, this process makes for easy travel with only a computer bag in hand on the plane.

On one such recent trip, I was especially tired.

My meeting had lasted longer than expected, and my team was in a rush to make it back to the airport in time to get home. We boarded in haste on one of those carriers that stubbornly refuses to assign passenger seating, instead embracing more of a free-for-all format that is a full assault on my Type-A personality. I just wanted to get home.

I chose the first vacant seat I found.

The window and middle seats had been claimed by a young woman with a little boy who appeared to be about two years old.

My fatigued brain processed the variables: I’m tired, and I’m peopled-out for today, but this seat is near the front, which means I’ll be even closer to exiting when we land.

I have a child just a bit older than this little one.

Clearly everyone else is scared of toddlers; I’ll take my chances.

I smiled at the woman and sat down. The plane taxied, and we were soon en route back home with me gazing drowsily at a trashy novel, re-reading every few sentences because my mind seemed to be elsewhere.

I was jolted out of my stupor by an ear-piercing note proffered by my small seatmate.

He’d had his fill of every book and toy his mother offered and was actively refusing to stay put.

The flight attendant gently admonished my companions, reminding the mother that everyone must remain belted into their seats for the duration of the flight.

The woman paled, struggling to wrestle the child back into the seat; without thinking, I reached over and helped her lift the boy into place.

I reached back into my bottomless pit of a bag and found a small box of restaurant freebie crayons, quickly repurposing the backside of my printed meeting agenda into a canvas.

I’m not a proficient artist, but I drew a small tree and a bunny face, and I made up a little story about the bunny and the tree. Eager for a new toy, the young boy calmed down at the newfound entertainment and began scribbling with the crayons.

To my dismay, when I looked over at his mother in the dim cabin lighting, I could just make out the sheen of tears streaming down her cheeks.

I made eye contact, and not knowing what else to say, asked if she was alright.

In a hushed whisper, she explained that she had recently undergone a medical procedure that had left her very sore and fatigued; she was embarrassed that she hadn’t been able to control her son or lift him back into his seat.

I simply smiled and encouraged her that I was happy to help for the remainder of the flight, if needed.

Dismayed by what would cause such waterworks, I again asked about her wellbeing, thinking perhaps she might be in pain from the aforementioned procedure.

She mouthed slowly, “I was pregnant.”

I instinctively mouthed, “Oh, I’m so sorry,” fighting back the damp from my own eyes.

Her son started to whine a bit, tiring of his crayon scribbles. His mother encouraged him to lie down, and he quickly settled his head onto her lap.

I watched as she stroked his hair, and he reached up to pat her belly. The tired mother mimed a gesture toward her midsection, then toward her son’s drowsy curls, again mouthing:

“He doesn’t know his sister’s gone – I don’t know how to tell him.”

In an instant I had an out-of-body feeling, flashing back to my own memories, not in any orderly fashion – my bathroom vanity with the ugly red sharps box that took up residence there for months – the sterile exam room that smelled faintly of cleanser and rubbing alcohol – a flash to my hospital bed, yes mine, the one I occupied for so many weeks.

As I sat next to her on the plane, I recalled the pain of wondering if your baby is going to make it.

Soon tears trailed my own cheeks, and seeing that her son was now asleep in her lap, the woman shared her story in a choking whisper.

She’d been expecting her second child, a girl, and had been twenty-some-odd weeks along.

Unexpectedly, she’d started bleeding profusely; an ambulance was called; she delivered the baby en route to the hospital, and the child did not survive.

She explained further that the placenta had not detached, so she’d undergone surgery, hence the physical weakness.

I reached out a hand to her and shared that I too had been admitted to the hospital at twenty-something weeks with severe bleeding.

She asked what I’d done wrong.

Shocked and affronted, I provided a bit more detail on my medical history to this total stranger.

I did nothing wrong. I’d had a number of health issues that resulted in infertility, but my long-awaited pregnancy and resultant complications weren’t wrong. I. Did. Nothing. Wrong.

My son was born prematurely but survived.

I paused for a moment. Given the circumstances, I felt a little wrong for that: my child survived, and hers did not. Still, I certainly hadn’t done anything wrong to cause my circumstances!

She looked at me agape, explaining that in her culture, a failed pregnancy was believed to be a failure on the part of the mother.

Her family’s response to the loss of her premature daughter was blame.

She choked back sobs, asking what she could have done differently. How had my son survived, despite my complications? Why couldn’t her daughter have the same fate? What had she done wrong???

Nothing. You. Did. Nothing. Wrong.

I don’t know why your daughter isn’t here with you right now; I cannot explain this situation.

There are no answers, no wisdom, no balm for your wounds.

Holding her hand at 30,000 feet was all I could do, while crying a few tears of my own.

I can tell you a million and one times that none of this is your fault, but I know that these small acts are mere drops into the gaping well of sorrow you’re feeling right now.

We flew in silence for a bit, now sharing a few of the clean napkins I’d stuffed into my bag from my hastily consumed lunch earlier in the day.

My suit was rumpled, and I imagined I probably looked like a raccoon with 16-hour-old mascara and eyeliner smeared below my lashes and running in charcoal rivulets down my cheeks.

I gave quiet thanks for the dimmed cabin lighting.

Meekly, she asked again, “You really think there’s nothing I could’ve done?”

How could her own mother claim this was her failure?

I added, “She was wanted and loved. You. Did. Nothing. Wrong.”

My own struggles with infertility eventually led me to my son, and while I mourned the loss of my other imagined children, I cannot fathom the pain of losing a fully formed child.

She asked slowly, “Do you think it will happen again?”

I wished for a moment that I could predict the future (how many times had I felt that wish?).

I replied, “I think you have a beautiful little boy who is healthy and happy and snuggling in your lap, dreaming of all the wonderful things children dream. No one can understand more than the present, but I know that you will never forget your daughter; you will always embrace your son a bit more tightly in her honor.”

We sat in silence once more.

I quelled the tears somewhat and mopped the black smears from my cheeks and eyes. I reached down to shove my trashy novel with tear-spattered cover back to the bottom of my bag.

My smaller seat mate slowly shifted his weight, blinking with confusion at waking on the plane. His mother smoothed his ringlets, talking softly in that lullaby voice that parents use with sleepy children. He dozed against her once more, and she continued combing her fingers through his hair. ON landing, I exited the plane with my companions behind me.

We didn’t exchange names. I left the airport in silence.

On the drive home, I couldn’t shake my memories.

I kept imagining that woman’s emotions and recalling my own, albeit under different circumstances.

Glancing at the clock on the dashboard, I cursed my seat choice on this plane.

Why on earth had I sat there? Even a middle seat in Row 27 would have been appealing compared to the crushing emotional fatigue I felt from helping bear someone else’s pain.

No, that Row 8 aisle seat was intended for me. It wasn’t just her pain. Her pain was my own – the pain I’d worked so hard to suppress, the anguish of loss: loss of control, loss of independence, loss of what might have been.

And it found me on this plane.

Infertility and child loss leave vacant seats everywhere, and it’s only those of us with shared experiences who can help fill the void, even if only for a moment at 30,000 feet.

Lawren Bercaw holds a PhD in Social Policy from Brandeis University, with a focus on services and supports for older adults who are aging in place. She works as a full-time researcher and lives with her family outside of Boston, MA.