Yesterday, the Associated Baptist Press published a commentary I wrote called, “I Left the Church. But Don’t Hate Me.” You can read it here.

In this piece, I described that one of the reasons I left my pastorate stemmed from a new professional opportunity given to my husband at Feed The Children. It’s something I’ve blogged about a lot in the past. You can read one such post here.

So, you might wonder how? How do you merge your vocational identity with that of your business oriented husband? How do you support him and this ministry when you aren’t employed by this organization? How do you make it work?

Well, the answers to these questions are an ongoing conversation in our household. We aren’t quite sure.

Never do I want to be unhelpful or in the way of Kevin’s work. But never do I want to shrink down from the opportunity this position has given our family to be a voice of the voiceless, to be a hospitable presence to those in whom have been given to us to care for. Kevin and I have different leadership styles, but styles in which I think push us both to think about situations in ways we’d never would. And, at the end of the day, I know we’re each other’s biggest fans. I want to love Feed The Children because Kevin loves it and want to do whatever I can to further it mission under his leadership tenure.

So in the meantime of trial and error of what works and what doesn’t– this is what the calling looks like for now.

In the summer and the fall, I traveled both to Africa and the Philippines to learn about and encourage the field work overseas. I wanted to see the field for myself, bringing stories back so that I could better tell the Feed The Children story to all of you who might just be moved to lend a helping hand as well. I want to go on other such trips in the future.

Several weeks ago, I planned and led a Valentine’s Party for the entire staff which including a letter writing activity for the staff– sending love notes to all of the orphans in Feed The Children’s care around the world. I made heart-shaped cookies on a stick for the 260+ Oklahoma based employees. I created this event (which now folks I think are expecting every year) to encourage this hard-working staff, letting them know how much they are appreciated especially by us.

And just last week, I made a point to spend as much time as I could with the country directors in to the Oklahoma City office who traveled to Middle America for a week of training. I wanted to honor them as they’ve honored us during our visits to their countries.

I wish there were some roadmap or even guidebook for this calling. Because I’m often walking in territory new and uncharted (doing and being place I’d never thought I’d be), but in the meantime I’m thankful for the grace to learn a little more about myself in the process every day. And to know that Kevin and I are in this journey together. 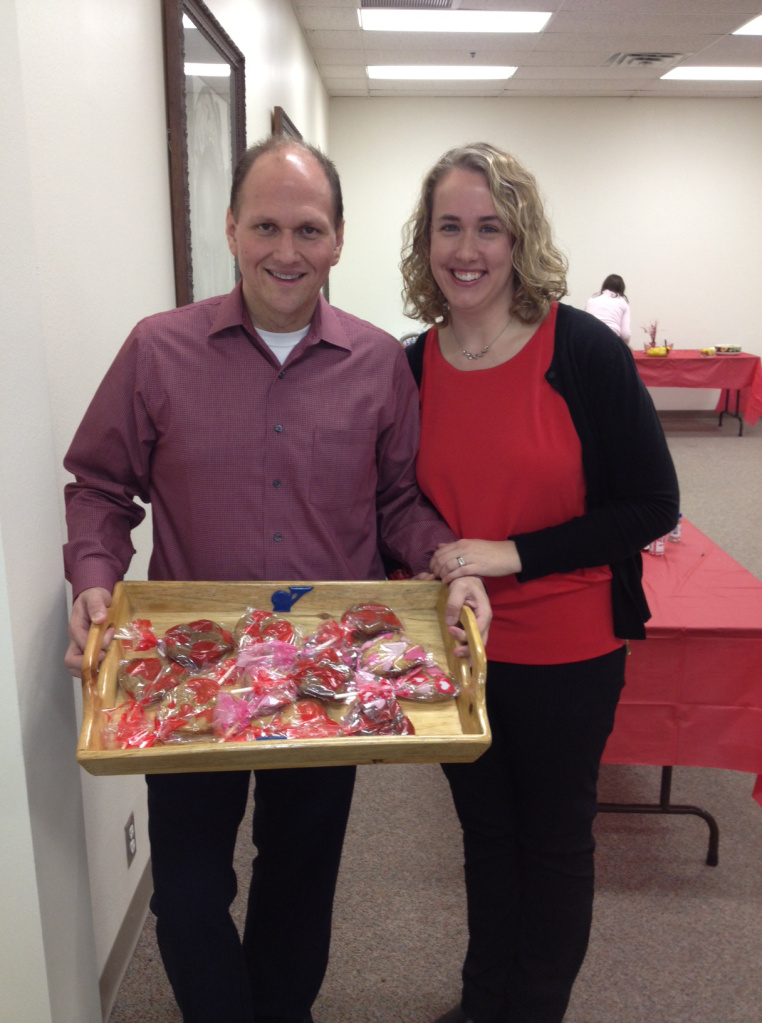 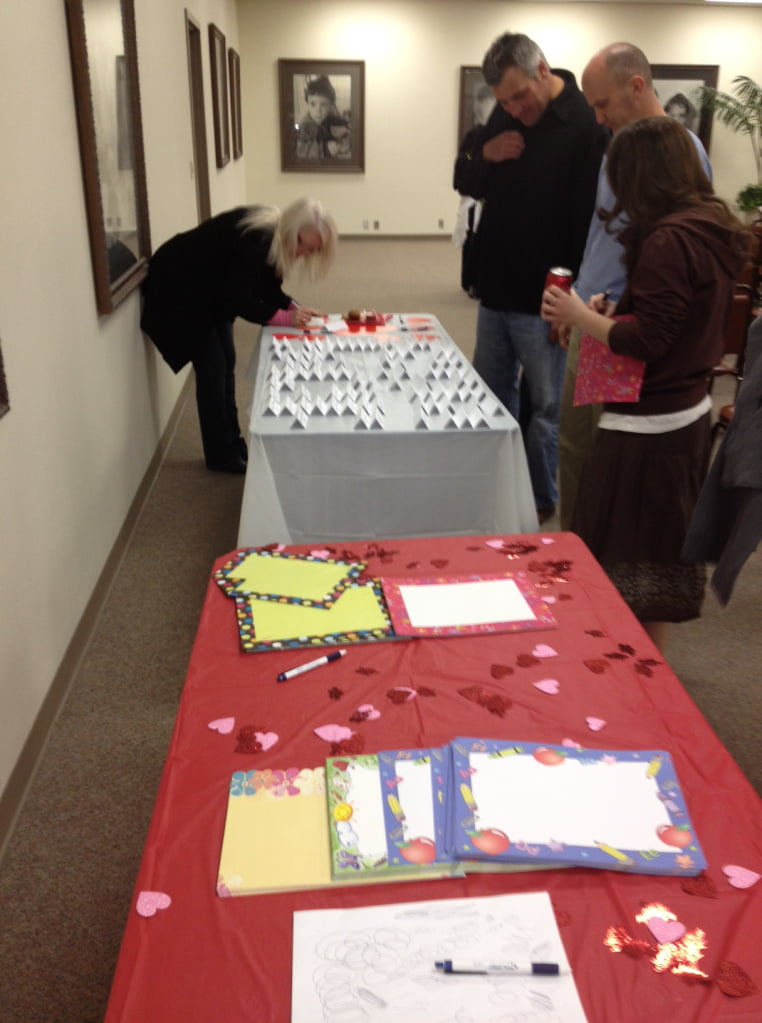 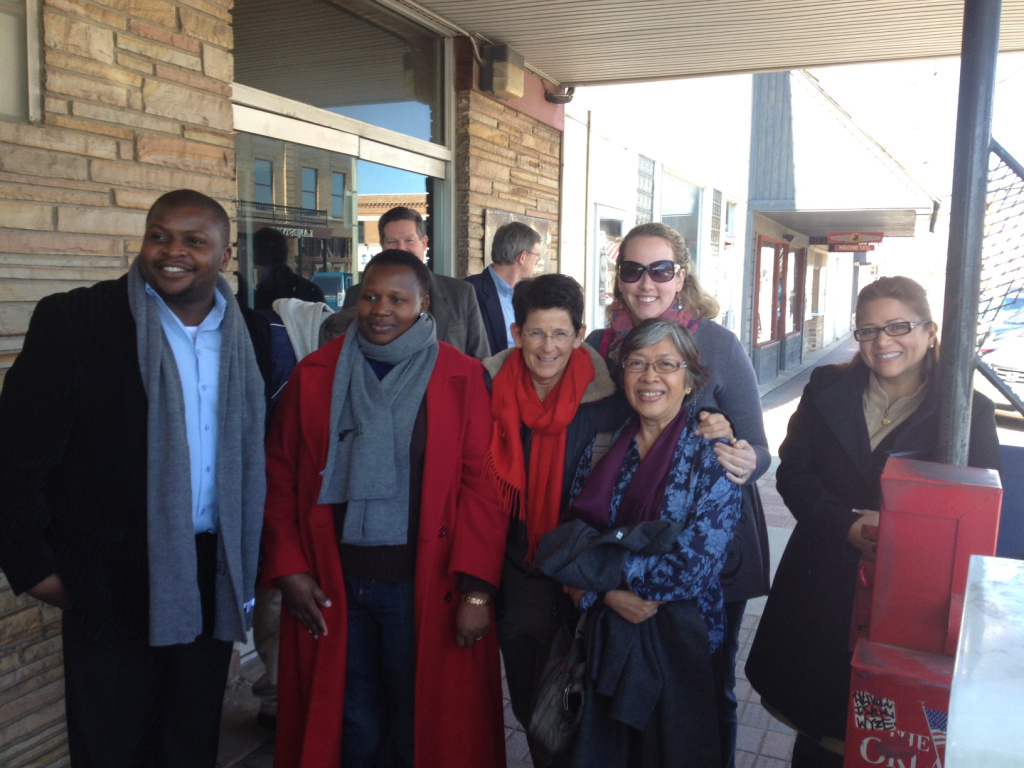 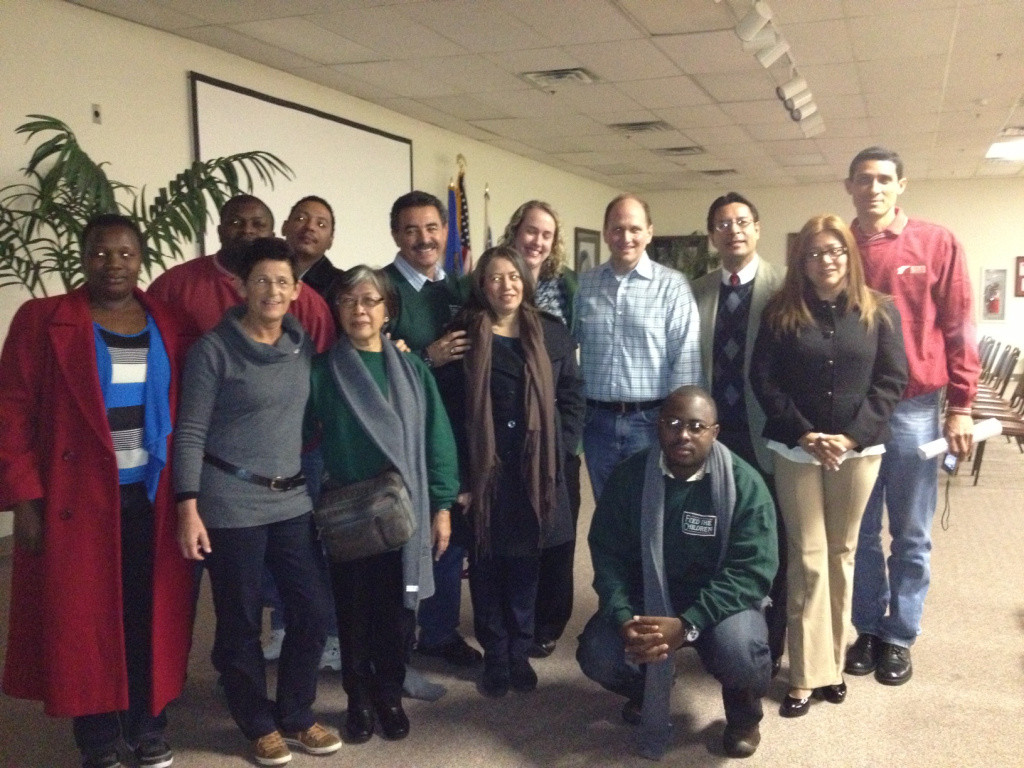 Listening to God
Next Post: Lincoln, Storytelling and the Gospel