I’ve been a part of all kinds of baptismal services in my life—my own when I was baptized as a child in my father’s church in Tennessee at age 7 . . .

The ones where babies have been brought forth to be claimed in the waters by their parents . . .

And, the ones at the sick beds of those who are dying and ones by faith professing teens and adults who want to claim Jesus for themselves . . .

But I have to say the most memorable baptismal service I’ve ever experienced happened two months ago when Kevin and I were in Nairobi, Kenya.

One of the joys of our work with Feed the Children is that wherever we go, I get to be known as the unofficial pastor of the team.

Sometimes this means staff ask me to pray for them or their families that are sick.

Sometimes this means I get to enter into the deep waters of God related conversations.

And then sometimes I am asked to baptize people—something I never expected would occur.

As our relationship with the children’s orphanage in Kenya has grown, we learned there were several children who never were baptized and wanted to be. But no pastor was around to do it.

These are kids that grow up learning about God and God’s love for them, but don’t have the opportunity to be a part of a church community, where baptism would normally take place. 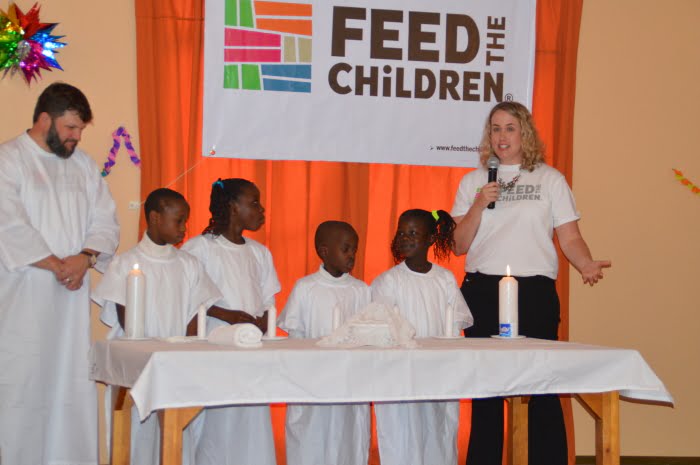 So on our last trip (and as part of the staff Christmas worship service), four children and one staffer from the US came forward for baptism.

As I thought about all the traditional things that are said at baptismal service about being supported by your family and having your parents by your side at such a momentous occasion, I was sobered in my planning of the day.

For these kids did not have parents. Most of them had no known biological relatives—that is why they were there in the first place.

We even had to make our own certificates because I couldn’t just buy some at Christian bookstore. All of them contained a slot where parents were listed. And of course we didn’t want them to feel isolated or uncared for in any way.

So what did this liturgy I was about to perform mean?

First of all, started with what every other baptism ceremony began with: repentance.

These children know understood who Jesus was and wanted to follow Him in their life. They knew they’d already made choices that were less than God’s best for them in how they treated their peers. They wanted their life to to be about Jesus’ teachings.

So in the service, each child declared Jesus to be Lord to the gathered community—even those with learning disabilities.  It was awesome (in the truest sense of the word!) how clearly and passionately they projected their confession.

And then, it continued with the naming as I placed water over their heads and said, I now baptize you in the name of the Father, Son and the Holy Spirit.

Though these were the words that I are ones I say at every baptism and have been said through the centuries by other clergy that have gone before me, I knew in this room with these children it was different.

For in baptizing them in God’s name and reminding them that they were God’s child and their life belonged to God—they were beginning a brand new story.

And not that all of us who are baptized don’t begin this same story but that with them—this newness was all the more profound.

This is why: no longer were these children orphans. They were adopted, adopted by Christ Jesus Himself, the adoption that Paul would later write about in Ephesians, chapter 1:

God predestined us for adoption to sonship (and daughtership) through Jesus Christ . . .

Can you imagine the scene? Getting to tell a child who was abandoned by their relatives, “You are an orphan no more.” POWERFUL!

And the same is true of us—all of us who have followed the example of Jesus into the waters of baptism—no matter if that day was one we remember or it was a covenant made on behalf of our parents for us as a baby— we too have been given a new identity.

I’m so glad for the witness of these kids and how they helped me see in this ritual in a whole new way. I, too am, God’s child and in my own way– an orphan no more! 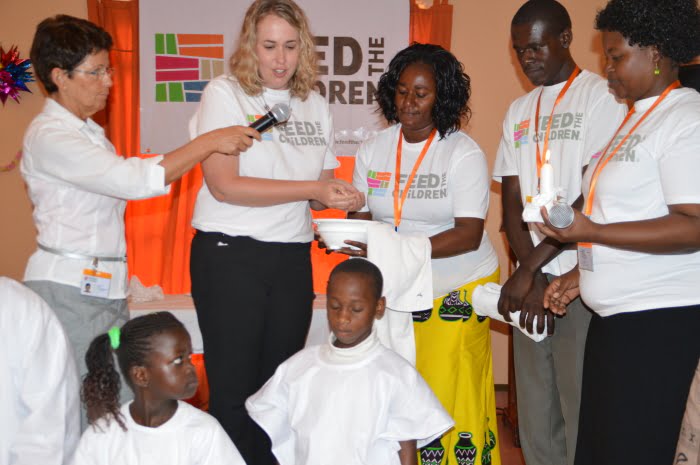 Do Denominations Really Matter Anymore?
Next Post: Am I an evangelical? Depends on what you mean by that . . .