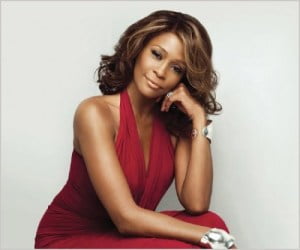 This afternoon from 12 noon- 4 pm I watched the entire Whitney Houston funeral via the life stream. By the end, as her body left the New Hope Baptist Church in Newark, New Jersey while Whitney’s version of “I Will Always Loved You” played, I was in tears. I couldn’t believe how moved I became or how not restless I was through the entire service.

Initially, I sat down to watch the service out of pure vocational obligation– when religion holds a promote place in the public square (i.e. a church service is featured prominently on national tv) I feel it is my pastoral responsiblity to watch. But, I kept watching because of the poignant, faith-filled words and that the most unlikely of preachers and speakers brought to the gathering.

Though I am a child of the 80s and grew up dancing around the house with a hairbrush singing, “I Want to Dance with Somebody,” I wouldn’t have not considered myself a die-hard Whitney fan. In fact, have been among the folks who have stood back during the media spectacle of the past week saying under my breath, “What is all this fuss about? It’s not like we knew her personally.” But, maybe all of us just thought we did.

The bright light of fame begins to convince us, with any well-known celebrity, that we are their friend too. It is easy to believe that we too grew up on their same street as a child, shared a coffee meeting with them last week or in some cases, or that we’ve read journals of their deepest thoughts. With such a bright light, it’s true, I like millions of others, I believed too, that I knew Whitney (even though such is of course false).  Even with all the illusions of a celebrity’s passing, death is death. And, death evokes sadness. When death comes too soon, when mothers bury daughters, when teenage daughters face life without their mothers, and when the future seems spoiled in the questions of “what could have been?” we cry.  What a daughter, what a mother, and what a voice that we’ll never hear in this life again! 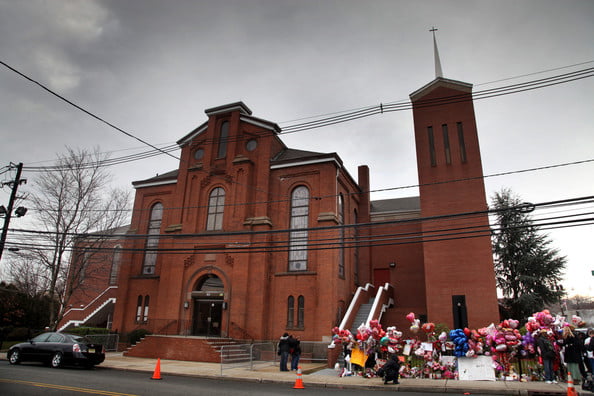 In this grief, all of us went to church.

As the sermon began, Rev. Marvin Winans, a family friend, commented how much he respected Cissy Houston (Whitney’s mom’s) leadership in bringing the funeral to her childhood church. While pressure in the planning process intensified to include a large public concert or memorial service, Mama Houston (as they called her) stuck to her gut. Knowing that her baby was brought into the world in church, she’d need to go from the world from it too.  And, Marvin Winans, went on to say to Cissy directly, “You were responsible for bringing the world to church today.”

And for the entire four hours of non-interrupted television on CNN, we, as onlookers, sat with grief of a music icon gone with God’s hope of resurrection given at the center.

From Tyler Perry really getting into a message about grace leading us our life through, as it did for Whitney to Kevin Costner describing their shared Baptist upbringing and abiding friendship, to family members and other business associates highlighting Whitney’s spiritual compass and love of scripture, even with all of the demons she went to battle with: it was church. The funeral was authentic, life-giving, straight talking, love filled, church. For me, it was four hours well spent of  spirit filled connection with God with other faith seekers– nevermind how famous, affluent, poor or unknown they may be. Together in person, on cable news, or via the internet, we went to church.

In this trip to church, the spirit from which this service flowed represented for me the best of what this place can be:

Thank you Whitney for taking us to church today. The spirit of the life you lead, the legacy you left behind, and the faith that carried you (even when life seemed like too big of load to carry you sought to keep going and learning from your mistakes) uplifted our hearts. And, though we will miss you in this life, we know this after church today: your spirit soars on praise of your Creator. Can I get an Amen?