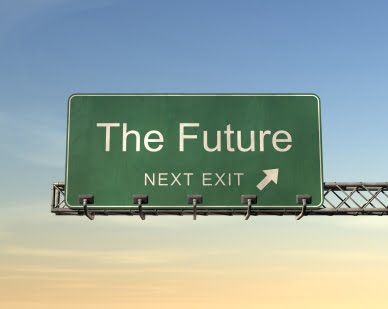 Yesterday it was all the news US media outlets: Jason Collins came out. Saying in a Sports illustrated article: "I'm a 34-year-old NBA center. I'm black. And I'm gay." Collins, who currently plays for the Washington Wizards made history yesterday becoming the first openly gay athlete in a major American team sport.

If you've followed the story over the last couple of hours, you know that such national figures from Kobe Bryant to Bill Clinton, President Obama and Michelle Obama weighed in to support the courage of this athlete sharing his truth with the world.

While naysayers of course have judged, the response has been overwhelming positive.

This comes in addition to the news that Brittany Griner, a recent Baylor University stand-out (one of my favorite women's players to watch in years) and number one pick in the WNBA draft recently told Sport illustrated that she is gay also.

When I heard this news, I felt an overwhelming sense of gratitude for what this meant for countless other gay young men like himself. I felt gratitude to watch history of American sports change before my eyes.

I felt gratitude on behalf of the churches who are working toward being more welcoming and affirming each day-- like the church I was most recently pastored.

I felt gratitude for his courage-- speaking his truth, a truth that will polarize him to many, but is still the truth of his life.

I think if yesterday showed us anything it is that times have changed and it is time for the rest of us closeted gay and lesbian allies to get on board and come out too.

It's just not acceptable even more for the "gay movement" to be seen as a movement-- for it is a part of the fabric of what it means to be a human being for some which can not be changed.

It's just not acceptable any more to be quiet or to hide your support for your gay and lesbian friends-- for soon, and I believe in my lifetime, it will grow to be non-issue for most and American laws will reflect such.

If you don't agree with the choices others make in their private lives, it just not acceptable to be mean, condescending or isolationist toward those who have made different choices than you.

If you are as excited about these movements as I am-- join me in thanking, encouraging and praying for the Jason Collins' of this world. There will be hard days still ahead for him. There will be hate mail. For Jason, there probably will be difficult interactions with other players or rude fans.

But, I can imagine that Jason Collins would not change a thing about what he said in the article. Why? Because it is was his truth. And he had to share it.

Didn't Jesus say that it is the truth that will set us all free?

All of this makes me think of my favorite Marianne Williamson quote about truth-telling: “We were born to make manifest the glory of God that is within us. It's not just in some of us; it's in everyone. And as we let our own light shine, we unconsciously give other people permission to do the same. As we are liberated from our own fear, our presence automatically liberates others.”

Times are changing in America. Folks like Jason Collins and Britney Griner are speaking their truth. Are we on board with sharing more of ours too?