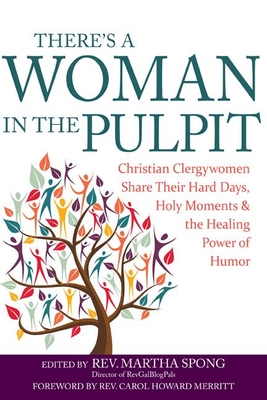 It's so easy in some corners of the world to believe that women in ministry is old news.

We hear stories of women breaking the glass ceiling in big pulpits like this.

We hear stories of women's appointments to positions like this.

Or we hear of ordained clergy like this having their books top the New York Times Bestseller list.

In light of this, all must be well for women in ministry. The women's movement has reached the church. Equality for all is here!

But, the truth be told it's not.

While record number of women enter seminary ever year, the number of senior staff positions open to them in congregation is staggeringly low.

While women emerge from theological training competent and ready to offer pastoral care, Biblical exegesis and church finance consultation-- often they're asked first: "What are you going to do about childcare?" or "Could you wear a longer skirt?"

While women pastors are the ones the first responders call when there is a crisis in the community, they're often not the ones asked to headline their denominational conferences or conventions.

For these reasons and many more, I'm so glad that There's a Woman in the Pulpit recently hit the shelves.

It's a collection of essays that tells you what women are doing no matter if they have full support or endorsement by institutional gatekeepers. It's a fact that women are IN the pulpit and among the people in the pews doing fabulous things!

My friend, Martha Spong, the Director of RevGalBlogPals, an online community for clergy women which I've gladly been a part of since I began blogging in 2006, edited this volume.

There's a Woman in the Pulpit is embodied theology. For it tells real stories about what it's like to be both a woman and a pastor and a mother and pastor, a hurting human being and a pastor, and a joy seeking friend and a pastor.

I was glad to contribute an essay to the volume called, "Moses Basket." It tells a story of my relationship with Herndon, VA 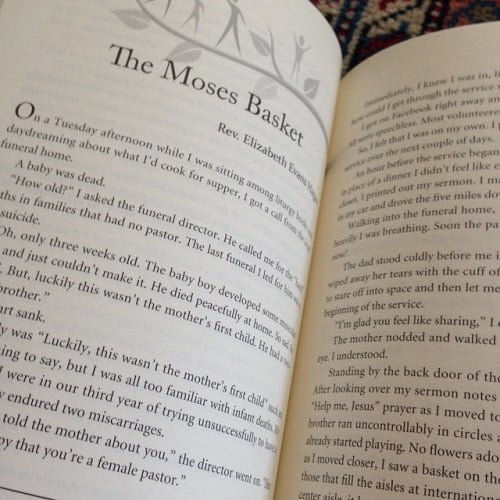 funeral home when I was a local pastor. Over the course of several years, when families did not have a minister, the funeral director called me as a fill in. I found myself getting assigned the "hard deaths" like teen suicides. Sigh. And, then one day the call came about a baby-- a three-week old baby who passed away suddenly. It just so happened that at the time, I was going through my own miscarriage.

Being a woman in the pulpit can be a complicated thing. But it's also a joyous ride through the un-charted territory of God's goodness. (What a gift it was for two grieving mothers to be together that day at the funeral!)

I promise you that you'll cry and laugh out loud and thank God for the diversity of faces that God leads to ministry. The Church is all the better for it!

Thank you, Martha for making this experience of conversation with so many possible!

(Also check out my friend Dana's great piece over here about the stats of women in ministry if you are interested in reading more).