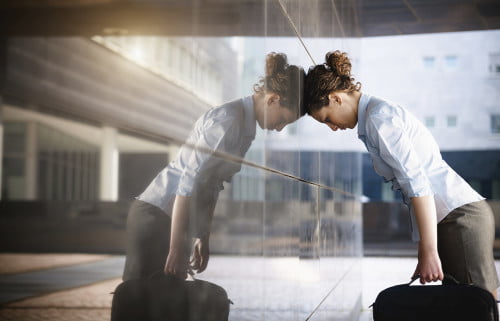 Ever found yourself stuck and unable to act?

There have been multiple moments in my life, even some last month or maybe even last week that I felt afraid. I didn’t want to act. I stood on the edge and looked down for a long while thinking of all that could go wrong if . . .

And it took someone saying to me: “Elizabeth, go! Take the first step” so that I knew I could. I am indebted to the voices who have said through the years, “We believe in you!” Aren’t you?

Isn’t it true, are often those first steps toward meaningful things are those we take on the shoulders of someone else?

This weekend our nation has thought much about the birthday of a man who changed the course of our history as an American people—a man who was willing for his gifts, his graces and even his own life to be offered up as a sacrifice for freedom for all people, no matter the color of their skin.

We’ve remembered Dr. Martin Luther King, Jr. for his strong, steady and God-centered leadership that taught us that injustice anywhere is a threat to justice everywhere.

But, I dare say, weekends like this one would not exist if it wasn’t for those who encouraged him first.

For Martin Luther King wasn’t a man looking to change the world. He was just a preacher. A preacher in Montgomery, AL, straight out of seminary, seeking to lead his own congregation in the best way he knew how under the laws of the Jim Crow South.

But, then some brave folks came along. There were many who sought to say enough is enough in Montgomery, AL. These unfair laws have to change!  But then Rosa Parks is the protestor whose name we know best. On that December 1, 1955 she spoke a thousand words by saying no words at all by NOT moving to the back of the bus. And what came from her one-act was a big push.

Once Rosa Parks was arrested, the movement had momentum. Preachers within the black community in Montgomery got together and formed the “Montgomery Improvement Association.” 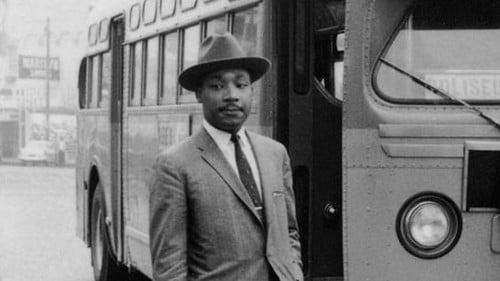 A spokesman was needed and the ministers’ group nominated Dr. Martin Luther King, Jr., pastor of Dexter Ave Baptist Church first. Though new to the community and only 26 years old, this quiet but smart man seemed like the perfect choice. History tells us that Dr. King was hesitant to the minister’s first requests but that in the end he just couldn’t say no.

Four days later, The Montgomery Improvement Association asked Dr. King to address the 5,000 folks gathered at Holt Street Baptist Church—his first major address. And from this point on, Dr. King preached to a larger congregation than he ever could have imagined, traveling constantly, and protesting through non-violence.

Studying about this time in history this week reminded me that sometimes it takes someone, anyone, calling us out, preparing the way so that we can take those first steps.

We all need encouragers who speak truth to our hearts! And MLK was no different!

A couple of months ago I sat at a lunch table with a new pastoral colleague. My new friend shared with me that while she attended and graduated seminary and was active for many years in her local church, she never presented herself for ordination. Opportunities abounded around her to serve but in her mind ordination was out of the question because “it was that big thing out there, not for her.”

But then she said it all changed one day when a pastor she’d worked for many years alongside said:

“Girl, you need to stop messing around. God wants you to be ordained. When are we going to start the process?”

That moment, my friend said was a wake-up call for her. It was her time to fully embrace her calling. It was time to say yes. And thank goodness her pastor had the guts to call her out!

My friends, no matter if you are a pastor, a church leader or someone who’s skeptical about the whole church thing altogether—God is calling you. God is calling you out, wanting to usher you to use your gifts and graces so that all the entire community can be blessed.

Even if you are afraid, even if you think now is not the time or somebody could do it better, God is asking you to say yes.

If I know anything about the Spirit of God and how God works in this world, I know there’s always something you and I have to do.

So this is my prayer—may this week be a week of moving forward. And if you need someone to encourage you along the way, find a friend. Or email me. Let’s all continue to be voices of encouragement, shoulders to stand on for each other!