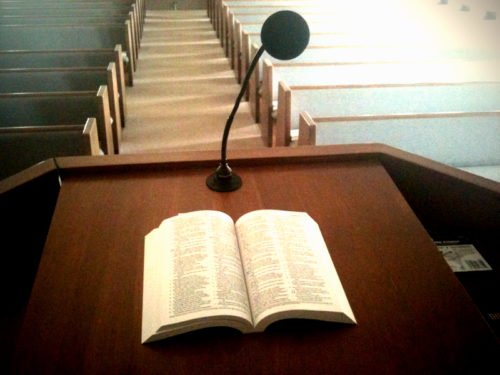 Should preachers stay away from politics?

Welcome to this week's edition of "How do we live in these days?" If you missed the first post last week about justice, kindness and humility you can read it here.

Unless a preacher finds themselves in a politically homogenous congregation (do these really exist?) OR in a congregation with their heads stuck in the sand, the pressure is intense to tow a fine political line.

If we thought the election cycle would be the end of our drama, it's not.

We all talk about politics.

We bring our political convictions with us to church.

Our airports, our county courthouses or in the case of my town, Pennsylvania Ave is crowded with protests and will be for a long time.

So on Saturday nights across America, preachers are facing a new struggle. How do they both stay relevant to what everyone is talking about throughout the week? And if so, how do they not lose their jobs by Monday morning for sounding "too political" in the pulpit?

One of the major arguments that is used to stop preachers from mixing politics and religion practice is separation of church and state.

Just last week someone asked me: "Isn't it wrong for pulpits to speak endorsements for one person over another?"

According to the Johnson Amendment (which our current President is trying to repeal): All  501(c)(3) non-profit organizations are opposed from endorsing or opposing political candidates. Most churches in America are considered 501(c)(3) either through tax status acquired directly or via their larger denominational body.

So, legally hear me say: it is wrong for pulpits to be used to endorse one candidate or political party over another (unless they want to be in danger of losing their non-profit status under current law).

And as a minister raised in the Baptist tradition, an American tradition built on the dissent of founders such as Roger Williams, I am a whole-hearted believer in the separation of church and state.

Separation of church and state is so important to our democracy because  it holds in check one of the basic tenants of our democracy: freedom of religion.

This freedom gives us the choice to be Christian, Jewish, Muslim, Hindu, and so on OR nothing at all if that's our wishes without fear of persecution.

And without separation of church and state our government could set up a state-run church and fund it with our tax dollars. And remember from history this is why many of the first colonists settled in America. They wanted to be free from the Church of England telling them how to worship.

But, separation of church and state doesn't mean that our churches and their pulpits need to live in vacuums. 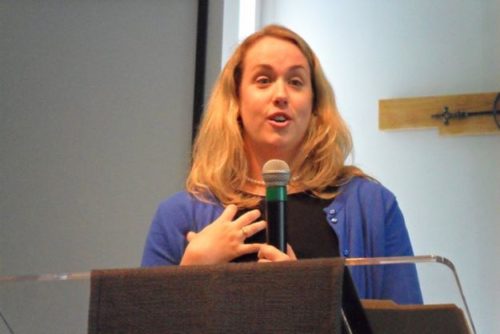 One of the great tasks of any preacher is to bring good news. And good news is not good news without a context. We need our preachers to talk about what our lawmakers and governing bodies are doing and how their actions fall in line (or not) with the teachings of Jesus.

No one political party gets a free pass or is always in the right or wrong.

And not only this, but it is the job of any preacher to speak truth to power.

Jesus had a lot to say about this. Sure, he spoke of "giving Caesar what is Caesar's and to God what is God's" teaching us to respect our government's rules. But he also wasn't afraid to challenge the powers when he felt like they implemented unjust laws, practices or actions. He told those trying to stone the woman caught in adultery, "Who here is without sin? Let him cast the first stone?" He overturned tables in the temple courts when he saw faith weighed down in consumerism. He spoke boldly of his Lordship even to the Roman ruler, Pilate even when it led to his execution.

So as a preacher ordained to live out and help others live out the teachings of Jesus . . .

Teachings "going into all the world and preaching the gospel." (Mark 16:15)

I must speak out when our nation makes laws or our President makes statements that go against my faith.

I'm just doing my job. And my colleagues are too!