“Instructions for living a life. Pay attention. Be astonished. Tell about it.” -Mary Oliver 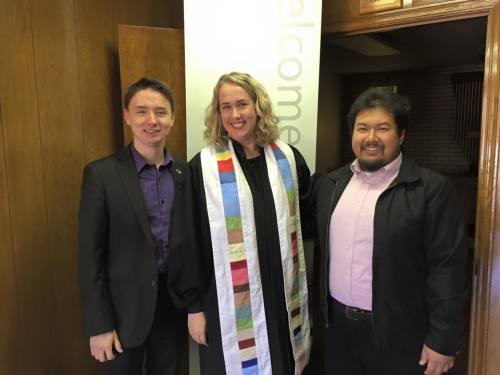 After I left my position as pastor in December of 2012 to follow Kevin to Oklahoma and his work with Feed the Children, I thought I might never hold an official position at a church again.

Much like I’d given up teaching elementary school after graduation from college, I thought maybe this “pastor thing” was over for Elizabeth Hagan.

During the previous four years I’d served as pastor of Washington Plaza Baptist in Virginia, I’d come to know a few things:

Why would I go back to an every week gig?

Maybe I was called to create a way of pastoring in the world that was altogether new? Especially as I found myself in a state where “my kind” of preaching (i.e. I was a woman) wasn’t welcomed. It all seemed like a good decision.

Yet, I knew I’d always preach. I just figured I’d supply preach a lot for colleagues. And from January 2013- August 2014, this is what I did. I even found a lovely little Native American congregation in Watonga, OK that welcomed me almost every month to fill the pulpit. 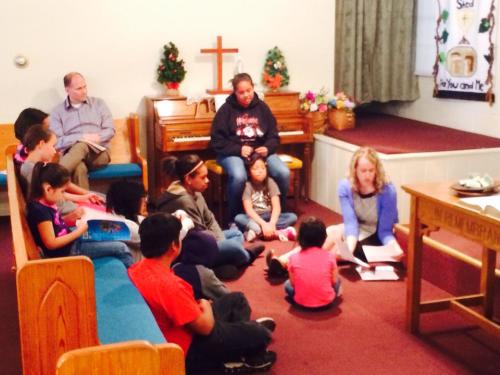 I made peace (mostly) with my non-traditional status. I boasted in the prophetic possibilities of giving just one sermon in a congregation and then leaving. I used my  free time to travel, “to feel like a normal person” who ate pancakes on Sunday mornings, and I wrote a lot. I even boldly blogged once that this preacher on the plaza life was who I was made to be!

But, then a weary season came on. Last Palm Sunday and Easter I sat in the pews for the second year in a row. I felt more than restless. My voice that once powerfully proclaimed truth now felt so shy. Being only “Kevin’s wife” became a burden to big to bear. I started doubting I had anything to offer anyone.

Thanks be to God I didn’t stay in this dark place. A few friends held me up until I had enough courage (or maybe desperation) to give Oklahoma another chance to surprise me.

Enter The Federated Church in Weatherford, OK into the story.

Six months ago, I accepted the position of interim pastor with them. And after a couple of weeks, I found myself in love all over again. 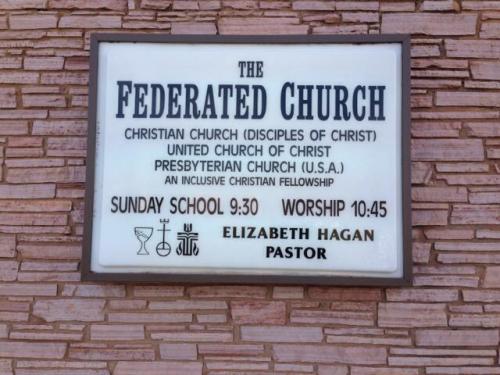 Standing the pulpit every Sunday morning felt like coming home.

Looking at dear ones in the eyes as I served them communion felt joyous.

Positioning myself between the children on the front steps of the church felt like a place I never left.

Even sitting in budget and church board meeting felt like returning to the zone for which I was made.

With astonishment, I learned this: I need the church. And the church needs me.

As much as I want to do church differently– in a way that doesn’t eat up all my time and emotional resources– I realized that I can’t leave altogether. Supply preaching is just not enough. I need to be in a church leading on a regular basis. Not only because it’s what I have a degree and ordination status to do, but it is what God called me to do. To not serve the church, for me, is to miss out on the meaning of my life.

And as much as I want to say that the church must change and traditional structures are dead, they aren’t. The church needs compassionate and thoughtful leaders that treat its congregation members with respect and dignity. The church needs leaders who can creativity imagine its new becoming even with all the changes in American religious life. I know I am a professional who can do this. I know I can love and serve a group of people well.

So, here I am telling you about it.

First of all so that you can give thanks to God with me for the hospitality and grace of The Federated Church for calling woman such as me into their pulpit and giving me this great gift!

And second so that you can hold me accountable for the seasons to come– that Pastor Elizabeth is my name.