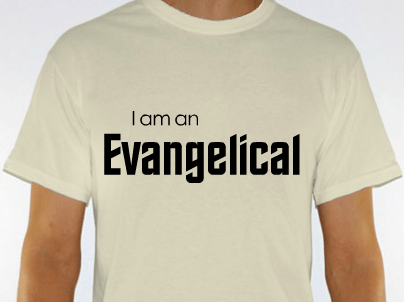 I miss being an evangelical . . . sometimes.

I’ve been thinking a lot lately how much simpler my life felt when I found myself in the “I am an evangelical” wearing t-shirt days of my childhood.

My church told me what to believe. If I proclaimed a Bible without errors, pro-life convictions, and men as the spiritual leaders of the church, then my beliefs were called good.

My church offered great ways to spend my free time. If I visited Christian conference centers, summer camps and coffee shops with Bible verses on the door, then I could play with confidence knowing I was having appropriate fun.

My church gave me a language to make friends. If I uttered phrases like “I prayed about it” or “I feel led” or “God laid something on my heart,” then doors for immediate connection could be opened.

Best of all, my church gave me a path to sainthood. If I gave up my privilege in the United States of hot showers, Calvin Klein jeans and fast mail or internet service as a missionary in Africa, then I was perceived a better Christian than most. Who doesn’t want this?

These days, I’m proud to be an open-mind Christian who has found a home in the ecumenical movement of the mainline church. I was ordained American Baptist but I serve churches on a weekly basis of all different Christian denominations (and sometimes those of no denomination at all).

Even with this true, recently I attended a conference attended mostly by folks who’d call themselves conservative evangelical Christians, a feeling of loss hit me again.

It was such a pretty scene. So many put together people in one place! I must tell you they were so beautiful!

Everyone brought their Bibles.

Everyone seemed to know each other and the same songs.

No one objected when only men preached or led in prayer.

I felt like an outsider in a tradition that I had once called my own.

But even though progressive Christianity doesn’t seem to draw big crowds or get mainstream attention, I know I don’t miss the evangelical church enough to go back.

I’m glad that the sponsor of my ordination supports my calling as a woman in ministry, interfaith dialogue and missions that looks more like doing good works than saving souls with words.

I’m glad I could write a spiritual memoir as I did with Birthed: Finding Grace Through Infertility and talk openly about depression, divorce and drinking without worrying about being a church outcast.

I’m glad to be schooled by wise new teachers that would never be found on the bookshelves at places like Lifeway or Family Christian Stores like Barbara Brown Taylor, Anne Lamott, Parker Palmer, and Kathleen Norris. 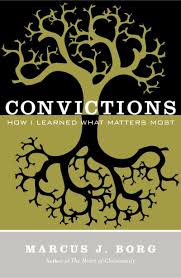 And I’m glad for voices like Marcus Borg who give words to my convictions in ways resonate with my core beliefs. Recently I read his book, Convictions: How I learned What Mattered the Most.

In his opening pages, Borg says this about what progressive Christianity is all about. Here are some my favorite highlights:

I don’t know where you find yourself, dear blog reader on the spectrum of Christianity. I hope that you still feel welcome here even if your beliefs are different from mine. Because what I want most for you is what I want most for me when it comes to faith: authenticity.

A place to believe what you actually believe. A place to ask the questions you need to ask.  A place to show up without pretenses.

If there’s anything I know about what this world needs more of when it comes to religious practice it is telling the truth (even if that leads us from one branch of religion and send on our way to another!). Thanks for listening to mine.

Life Lessons from Around the World and Back
Next Post: Shame, shame, go away!