When we think what will make our Christmas really amazing this year, I’m sure all of us have some ideas . . .

Or, in my case no flight delays on Christmas morning . . .

It’s true: we come to this time of year with lots of expectations.

We want Christmas Eve to be magical full of light and love.

We want Christmas morning to be charged with feelings of peace on earth and no more cyber terrorism.

And if we are a parent, we want the days between Christmas and New Years’ to go by really fast so school starts soon . . .

But have we ever thought about Christmas as the day when nothing went as planned and God’s greatest blessings were completely unexpected?

This is the familiar story that we know: Mary has just gotten the word from the angel Gabriel that she is to bear a son, from the Holy Spirit whose name will be called Jesus.

Beautiful words to start a story, right? But, let’s think about it all from Mary’s perspective. What happened to Mary was nothing she ever planned.

It wasn’t as if Mary came from a life situation where having a child so young, some scholars believe she was as young as 14, was a welcomed joy.

It wasn’t as if Mary was born into royalty where she received a health care plan at Herod’s expense.

It wasn’t as if she had access to the best midwife care in her town.

It wasn’t as if Mary’s very life wasn’t at risk for bearing a child, no matter if this child was the son of God or not.

And, from the information scripture does not give us, we can assume this too: Mary did not come from a supportive family situation.

Never do we hear of her mother, or her father. Or, anyone for that matter that is coming to her aid.

One preacher friend of mine puts it like this: “What Mary does not have is sonogram, or a husband, or an affidavit from the Holy Spirit that says, ‘the child is really mine, now leave this poor girl alone.’ No teen pregnancy organization surrounding her with support.”

So, where was God in such a bewildering time like this? How on earth was she going to get through this especially as her body was changing more and more every day?

Another unexpected thing happens in this family—

Elizabeth, at an unknown age way past childbearing years, has found herself pregnant too. Though thinking for years that she was barren and thus, looked upon in society as second class beyond her already lower status state, a child comes to her womb too.

Her son will be named John and will be given the responsibility to prepare the way for the Christ.

So when Mary had the idea of setting out to see her cousin Elizabeth, it was an important meeting for them both. These two—together—might just have some insight into what this crazy God they worshiped was all about.

Then as soon as Mary greeted Elizabeth, Elizabeth’s child is recorded as “leaping in her womb.” It was a prophetic sign that even in spite of the confusion swirling around both of their lives something greater than both of them was occurring. God was very close.

And for the next three months, these two unlikely prophets and prophetic children they are carrying, come to see how their state of being can be considered a blessing.

Rev. Barbara Brown Taylor writes about what occurs with Mary’s state of mind as a result of being with Elizabeth: with her “the young girl doesn’t have to explain her situation to Elizabeth or ask her questions in search of answers, even to ask for acceptance.

When Mary sees her older cousin, Taylor imagines, she sees a ‘gorgeous’ woman, not gorgeous by ordinary standards, you understand, but so full of life that is hard to see beyond her joy.”

The unexpected thing that happens from the moment Mary walked into Elizabeth and Zachariah’s house is that Elizabeth became for Mary the mother figure or spiritual mentor that she needed to re-frame the story of all that was happening to her.

And so as the baby Jesus leaps in Mary’s womb, it is Elizabeth who speaks blessing over Mary’s life in a way that she could only have really heard from her: “Blessed are you among women, and blessed is the fruit of your womb.”

Elizabeth re-narrates this thing that has happened to her cousin in a way she could understand it to be the goodness of God coming to her. Elizabeth gives Mary language to understand this blessing so she can praise God for it!

And through Elizabeth’s loving care, Mary would begin to see that what was happening to her not as “that day that ruined my life” or “some unfortunate circumstances” but a blessing!

I love Elizabeth for this reason—and believe we all need more Elizabeth’s in our life (no pun intended!)

But it’s important to say here that as Mary gained this new supportive friend, noting about the hardship of her situations really change (or Elizabeth’s for that matter).

A lot of hard stuff was next! Mary needed to tell Joseph some unwanted news. Soon she would have to endure the stares at the marketplace (everybody wondering, who is Mary’s baby daddy?). And Mary would still have to meet the sharp pains of childbirth in ancient Palestine without much help.

But she would not be alone. Elizabeth would be with her in spirit. God’s son would be growing in her belly.

And even thought Mary may not have understood why God choose her, there was a lot to sing about.

That afternoon at Elizabeth’s house, Mary was the unlikely soloist in God’s choir (who knows if she could even carry a tune) but she sings: “My soul magnifies the Lord, and my spirit rejoices in God my Savior . . .. Surely, from now on all generations will call me blessed; for the Mighty One has done great things for me, and holy is his name.”

But, Mary could have been angry.

She could have been overtaken by fear.

She could have protested to God—this is not how the first Christmas should be! I don’t want this part in the play!

She makes the choice to receive the unexpected. She welcomes God into her very being.

Maybe not in the way that history always tells her story—passive full of blind submission, but I believe with maturity that could have only came from sticking close to dear ones like Elizabeth and to her own spiritual instincts.

And as Mary sings about how God “has looked with favor on the lowliness of his servant” she is embodied this new direction of God’s song for all people!

For in God choosing her a peasant girl, God is saying loud a clear, the economic and social tables of this world will soon be turned upside down. A new world order is coming in the kingdom of God that Mary’s child will preach and proclaim. Everything will change!

The most unexpected blessing of all would be that the fruit of her womb, Jesus, would soon bless ALL people of the earth. You and I would not be sitting here today if Mary had not received God’s unexpected gift.

And isn’t it true? God’s unexpected gifts are always better than we could imagine!

So I ask you again, what are you expecting this Christmas?

Anon, a leader of the Islamic faith recorded this prayer about the coming of blessings:

I shared this prayer because I have seen it come true time and time again in my life.

How often have I set out on a life path thinking, I know exactly how the story is all going to end, only to land somewhere different? But ultimately is better if I’m walking in the ways of the Spirit?

Just think for a moment where in life you were on this day—December 21st or hereabouts last year?

I think about my own life—last Christmas, sort of sad. I was thinking about how much I had to say but no place to say it. But now, I am having so much at The Federated Church.

If we take just a moment to gain some big picture perspective, what we’ll find is that God is doing unexpected things in our lives all the time. He’s making crooked paths straight. He’s leading us into new relationships. He’s opening doors where life’s cruelties have shut windows.

But the question for us is—how are we responding?

Are we blocking the movement of the Holy in our lives by being consumed in things that really don’t matter much in the end?

Are we blocking the moment of the Holy by refuses to see what are the best choices for our life’s routines?

Are we blocking the movement of the Holy by our own stubbornness to believe this unexpected story of redemption? 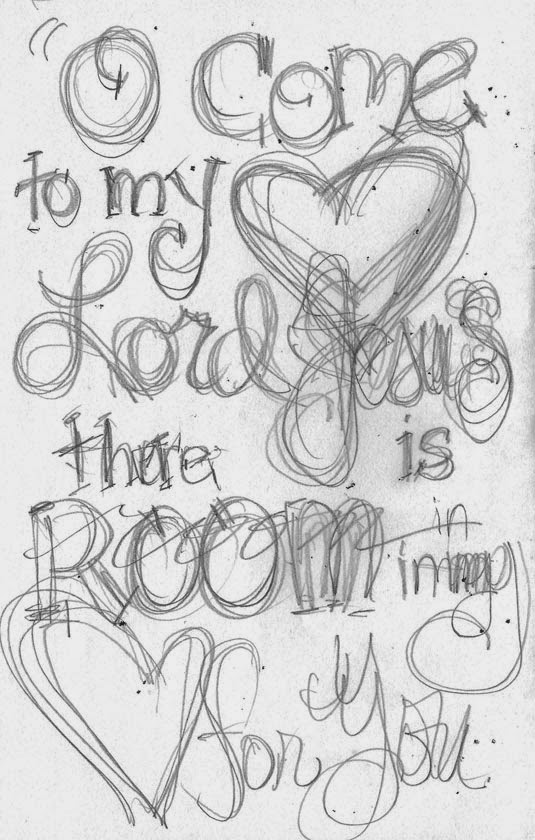 Today, my friends let us take some encouragement from Mary. Let us follow in her footsteps and make the choice to believe. Knowing that as we do, an Elizabeth is on her way—whoever she may be—to inspire us for all that lies ahead.

Let us not let one more moment pass in this busy time of year where we don’t make room in our hearts for more peace, more hope, more joy and more love.

Because tis the season for Christ to be born and we need to get ready!

“Oh come my heart, Lord, Jesus, there is room my heart for you.”

Something Changed
Next Post: God, What Were You Thinking?