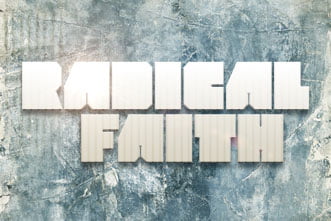 Being the religious nerd that I am and one who likes to keep up with popular cultural expressions of faith, I’ve watched two documentaries of note. Namely, Christiane Amanpour’s ABC news special Back to the Beginning and the History Channel’s mini-series, The Bible.

After hearing several of my clergy colleagues talking about the grave inaccuracies of The Bible series, I had to see for myself. And, after sitting through hour after hour of these stories, I agreed.

Large and crucial chunks of the stories were ignored. I missed seeing interactions with characters such as Hannah and Samuel, Ruth and Naomi, Esther and Mordecai and Elizabeth and Mary.

I longed for the more fair portrayal of the birth narrative of Jesus in films such as The Nativity Story.

The whole drama seemed like one political driven made for tv movie (and of course this is what it was). The character who played Jesus was way to pretty (I mean no disrespect to my Lord, but still!) and Jesus’ teaching opportunities seemed way too short.

But when it came to Amanpour’s documentary which traces the historical roots of the earliest stories of the Christian, Jewish and Islamic scriptures, showing ultimately our common connections, I was pleasantly surprised. In typical Amanpour style, her commentary was balanced, fair can came from a place both of belief but skepticism (which I think is healthy). She acknowledged the spiritual importance of the stories as of ultimate importance way before she began to question the historical traces of the narrative of the Bible.

In fact, her reporting from a hot air balloon ride over Egypt gave me one of the best visuals of life in Egypt I’d ever gotten. As the cameras focused in on the Nile River valley, showing the fertile ground around the river in comparison to the surrounding desert areas, I understood for the first time why the tribes of Jacob got stuck there out of necessity and why it was so hard 400 years later for the children of Israel to leave. The security of the Nile kept Egyptian powerful and led Pharoah to always seek more. For Israel, slavery was tortuous and all but who really wants to leave the land of plenty for the desert?

If you have on demand service through your cable provider, you could probably find it for free there or find clips such as this one on youtube .

But, what’s the larger point? It is worth our time as people of faith to watch such films?

I have to think so.

Even if the visual portrayals are full of depictions that are “in the spirit of the book” (as The Bible disclaims at the beginning of every episode), we can thank Hollywood for them.

Why? Because sometimes– especially for those of us who are visual learners– we need pictures to get us stuck out of our heads.

We need representations of stories to send us back to the texts to remember correctly and read for ourselves.

We need opportunities to be reminded that what we read in scripture is meant to challenge us into more faithful patterns of living.

For example, it struck me again as I was watching the opening episode of The Bible how radical a message Abraham received when God told him to leave his homeland because God was going to lead him to the Promise Land as he made his descendants as great as the number of stars the sky.

I’ve preached on Genesis 12 on countless occasions in my life, but whoa! It’s hard to truly put this kind of faith experience in a 20 minute homily.

What crazy decree of God Abram received! What faith it required on Abraham’s part to follow through! What a laughing-stock of his neighbors Abram must have been!

Lest, we think our faith is not radical and doesn’t ask us to do radical things, it is.

It’s a faith that asks 90-year-old women to believe they are going to have a son.

It’s a faith that tells young boys they will grow up to be God’s spokespersons.

It’s a faith that gives words to prophets about the rising and falling of kingdoms.

I’m glad that Hollywood helps me remember– even if this was not their intention. Maybe it can help you remember too.

Facing Your Fears
Next Post: Same Love– what the church needs to know