Who is the church called to care for?

Who is the church asked to speak for?

Who is the church told to lift up?

For those of us who believe in the mission of the church, each of us has our favorite answers to these questions.

Many say the church is called in mission to the poor or the widows, or the sick.

Many say the church is called to speak for those without a voice.

Many church is called to pray for those who are often left out or ignored in remote places of our local communities and around the world. 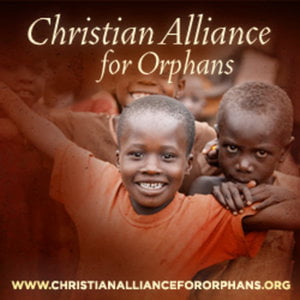 But, I’m learning this week that there are a growing number of Christians and Christian churches who answer these questions by specifically by saying: “God calls us to care for, to speak up, and to lift up the orphans.”

I’m attending the Christian Alliance of Orphans Summit Conference in Nashville, TN as a representative for Feed The Children exploring what relationship with this Christian Alliance might look like in the future. And here with folks who deeply care about the church’s mission going forth in care of children who have been abandoned, malnourished, or without the basic life essentials to achieve their greatest potential, I’ve had some shocking revelations.

It has been shocking to see how many folks are here in the middle of the week (organizers say it’s the largest turn out ever in its history). Starting only with 45 folks sitting around shared tables only 9 years ago and now more than 2,000 . . .

It has been shocking to learn about how many churches around the country host “Orphan Sundays” each year– in an effort to spread the message about the plight of orphans around the globe. Big mega churches, medium-sized churches and tiny ones alike . . .

It has been shocking to see such passionate conversation between all sorts of church folk around the exhibit hall asking such questions as “What more can we do to raise awareness about these children who need us to care for them?” Folks from all corners of the spectrum of theological camps, conservative, liberal, you name it. ..

It is good to be learning in community.

It is good to be so proud of the organization I know best, Feed The Children– a group that has been working since 1979 around the globe to bring attention to children in poverty including orphans.

Times are Changing, Get on Board
Next Post: We All Have Pain