Have you ever found yourself in a situation or a conversation with someone and have wanted to throw up your hands and say, “This is all just over my head. What you are saying is beyond me!” 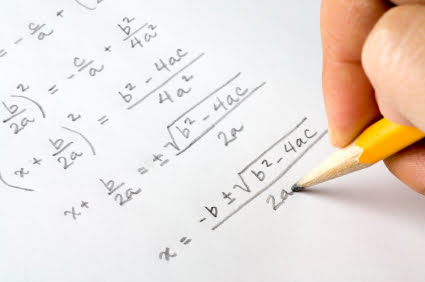 Maybe this was a time you were in Algebra in high school and your teacher put up the formula, x+y= ? and pointed to you for an answer. The clueless look on your face said it all. “I’m not smart enough to answer that. Math is just not my thing. Could you ask someone else?”

Maybe it was a time when you moved to a new place—a place where the primary language was not the one you learned since childhood. Someone directs their attention to you, seeking to have a rapid fired conversation and all you can say with the confused look in your eyes, “I’m not smart enough to understand you. Could you please just talk to someone else?”

Maybe it was a time when you found yourself at a dinner party with some well-educated folk. Before too long the conversation goes in the direction of topics or current events to which you know nothing.  When it seems to be your time to contribute, your dazed expression says back to the group, “I’m not smart enough. Could we please just talk about something else?”

In all these situations and countless others that you and I could encounter in a given week, the most human response is silence. We are people who disengage when we don’t understand something.  Our excuse that keeps us from greater depths of relationship or knowledge is simply, “I am not smart enough.”

In the same way, in our gospel lesson for this morning, we encounter a group of Jesus’ disciples who were also fans of using the excuse, “I’m not smart enough” when the cost of discipleship intensified.  They too allow silence to be their response.

And this is the scene: Jesus has just returning from a long trip to Caesarea Philippi has come home to Galilee—Capernaum to be exact, the only place throughout the gospels where Jesus is known to have had a house during his entire three-year ministry.  Jesus’ ministry is climaxing. Like the moment the dramatic music begins to play in the middle of a movie, signaling “now is the time to pay attention” (can you hear it now?) so to was Mark 9’s place in the larger plot.

Jesus knows that his time on earth will so be coming to a close. He needs his disciples to not only to be prepared for all that is to come, but also to see things more clearly.  Previously, Jesus had asked Peter, “Who do you say that I am?” Peter’s answer of “You are the Christ, the son of the Living God” had shaken the foundations of this ministry. But, there was more. This was it (look with me at verse 31): “The Son of Man is to be betrayed into human hands, and they will kill him, and three days later after being killed, he will rise again.”

But, like a tough Algebra lesson or an over intellectualized dinnertime conversation, verse 32 tell us the disciples’ response, “But they did not understand what he was saying and were afraid to ask.”

Jesus, you see, had just let them in on the future and the glory of all that was to come, but what do they do? They SAY NOTHING. Their silence speaks to their excuse of—“We’re not smart enough.”  And by this I mean, not that the disciples had mental or intellectual challenges or disabilities, but that they allowed their own fears of the unknown to keep them from going the next step in their relationship with Jesus.  They held on to the crutch of the excuse of, “Whoa, wait a minute Jesus . . . what you’ve said is just a little too much for us. We just started to love you and commit to follow you for the rest of our lives and now you tell us that you are going to die and then rise again. We just don’t comprehend.”

The problem wasn’t the confusion. It wasn’t even the lack of understanding. It was the ego. It was the disciples being too fearful of what others might have thought of them that they wouldn’t even ask their questions aloud. Fear held them back.

Jesus, I believe, would have had no problem entertaining their questions IF they’d only been courageous enough to say them.

Instead, the disciples opted for another way. They clung to these pristine images of themselves—as the chosen, as the put together ones, as the ones who were of course smart enough to know everything that they already needed to know that they said nothing. They couldn’t dare ask Jesus a question because what if they admitted their doubt, what would this say about them? (Met someone like this in church lately?)

As we keep on reading, it all becomes plain to us. Because when the disciples and Jesus finally got to Capernaum, Jesus takes them aside. “Hey boys, what have you been fusing about with one another on the way?” Though they’d not fess up to it (again there’s silence) scripture tells us that they’d been busy debating who among themselves who was the greatest.

Can stop right here and call out the ego once again?

This band of travelers were so concerned about where they fell in rank, how folks around them sized them up, and how important they seemed in the mix in the end that such sentiments led to an argument.  Their greatest concern was looking bad in front of Jesus.

No wonder then, when Jesus is giving them such a “come be part of my life, my future, and see me for who I really am” kind of moment that thy let the excuse of “I’m not smart enough get in the way.”  For, they were embarrassed to be seen as they really were—scared, confused and clinging to the excuse of not wanting to seem less than.

Because in the end, it didn’t matter, to Jesus how intellectual they were.  Or what they did or did not understand. Rather, it was if they brought their whole selves to God—their doubts, their fears, their questions.  Because if they brought all of this to God Jesus was able. He was able to transform their doubts to faith, their fears to belief, and their questions to life-sustaining peace. 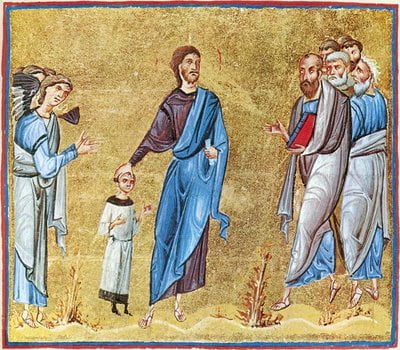 In fact, Jesus takes this conversation one step further—giving the example of including children in worship by calling over a small one in this teachable moment. Jesus declares in verse 37: “Whoever welcomes one such child in my name welcomes me, and whoever welcomes me welcomes not me but the one who sent me.”

Or, in other words—hey, boys, take some lessons from the children.  Maybe you don’t need to worry so much about who is the greatest or where you rank. Just be.

Several weeks ago when Kevin and I were in Africa with Feed The Children, we had as you might imagine countless opportunities to spent time with and observe communities of children. On our first full day in Nairobi, Kevin and I along with the rest of the staff in the US delegation spent time at the Dagoretti Children’s Center—an orphanage run by Feed the Children for those who have been abandoned by their parents. The children, who live there, though faced with great pains of wondering why their parents abandoned them as they grow up, are among the lucky ones. They are fed, clothed, and loved unconditionally by a staff of committed caregivers.  According to the World Food Program statistics, a developing nation like Kenya, one in four children are underweight due to malnourishment. Children under 5, are regularly not feed properly because their families fear these babies won’t make it to their 5th birthday (so why bother to share such valuable resources with them?).

It’s truth to say that children are vulnerable.

But it’s also truth to say that children can be some of our greatest teachers—for they tell us the truth.

So, on the day that Kevin and I were touring the Center, we spent some time playing with the children around the center. However, as Kevin made conversation with his usher for the day called Moses—an elementary school aged boy at the center whom had been assigned as Kevin’s buddy for the event, Kevin asked him what he thought of the food we had for lunch. Kevin thought he was just making conversation with the child, asking what he thought would be a simple question with a simple response of something like, “I like it very much.” But instead, he heard about how slow he felt the kitchen staff were in bringing out the food and wasn’t as good as it used to be, much to the embarrassment of the center director. But children can not be controlled as any parent knows– they say what they feel.  (We later learned that this child only recently started attending American school where he’d grown accustomed to the pace of life being much faster than African standards).

I think this kind of honesty in our vocalizing our thoughts—though it may be shocking to our adult sensibilities is exactly what Jesus was getting at when he encouraged the disciples to welcome the children.

Didn’t Jesus also once say that “whoever finds his life will lose it, but who whoever loses his life for my sake will find it?”

Because truly, today’s gospel lesson asks us how it is that we are going to deal with the big questions of life. Are we going to be held back by our egos? Or are we going to tell the truth about what we think, where we are, what we hope for and what we most need?  And if we are going to do this, we have to start asking some better questions–

So, what about you today—are you going to be silent? Are you going to shuffle around trying to find your rank among your peers—hoping that you are the top of the list, the greatest if you will?

Questions like: why do children suffer in this world? Why do good things never seem to happen to me? Why doesn’t my husband seem to love me anymore? Why can’t I seem to find a good job? Why do I not feel your presence, God when I pray?  Why can’t you make my wife, God, come to church with me? Faith, I just don’t understand how you get it, God! And the list could go on and on.  God can take our questions—any of them—there’s no shame in simply asking!

Today, let our excuse of “I’m not smart enough or I’m don’t understand” not hold us back any longer to the relationship that our Lord has for us today and for all the days to come.