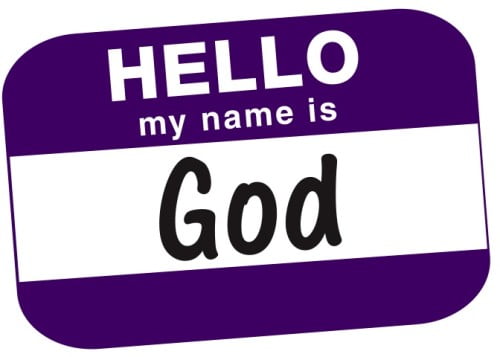 In my childhood church, when we prayed, we always prayed to our “Heavenly Father” and we called God “He.”

I was taught God was male.

And because this was true, if you really wanted to be seen as extra holy, you’d be sure to capitalize in writing any pronoun reference for God or Jesus as He to show you held high regard for God’s divinity.

But when I entered seminary in 2003, I thought I had arrived at the only “proper” or “theologically sound way” to talk about God.

No more “He” and no more “Heavenly Father.”

All of this came about thanks to my studies in feminism. After reading and discussing texts new to me like Sue Monk Kidd’s Dance of the Dissent Daughter and taking a class from Professor Mary McClintock Fulkerson on Womanist theology, I’d arrived at an epiphany. No, no. Never again would I pray to God in male dominated language.

God was not male or female. God was altogether other.

And it stuck for awhile. I have to admit I looked down on those who still referred to God as He.

In fact, a couple of years later, I dared to correct my husband’s dinnertime prayer (Gasp!), in which he addressed God as, “Heavenly Father.”

I reminded him in what he calls my preacher tone of voice: “If he was going to say Father than he needed to say Mother too.”

This conversation and many more brought me to these questions: “Is this what speaking about God is all about . . . converting people to believe exactly as you do? Being the boss of other people’s prayer words?”

For so many of us, faith is altogether personal. Who am I to try to take that away from someone?

“You can safely assume you’ve created God in your own image when it turns out that God hates all the same people you do.”

And it’s true, isn’t it? While it is easy to create an agenda that you think is the “proper way” or the “right way” or the most “theologically astute way,” it’s not always the God way.

And as I’ve journeyed for almost 10 years now as an ordained pastor, what I’ve found is that the church is FULL of people with completely different experiences of God than me. And they talk about God differently than I do.  So though we might see the world differently– I don’t want to be isolated from them. I want to stay in relationship.

Professor Roberta Bondi of Emory University’s Divinity School says in her volume, To Pray and to Love this about being open to the Spirit in one another: “the goal of life . . . if you want to live by love is not to live by principles . . . rather relationship.”

So, how do I refer to God now?

Sometimes even names that may be considered improper.

And if you pray at the dinner table at my house, you can say whatever you want. I promise!

I hope the days of my self-righteous innocence are gone.  Though I try to avoid pronouns for God as much as possible. “God” alone is enough in my writing and speaking.

You’ll hear no complaints from me if you call God Father. Just think about why. This is all I ask.

Because isn’t God really a mystery?

We need all of our experiences to even begin to understand, don’t you think?

Why I Support Equality of Marriage
Next Post: What Makes A Home?