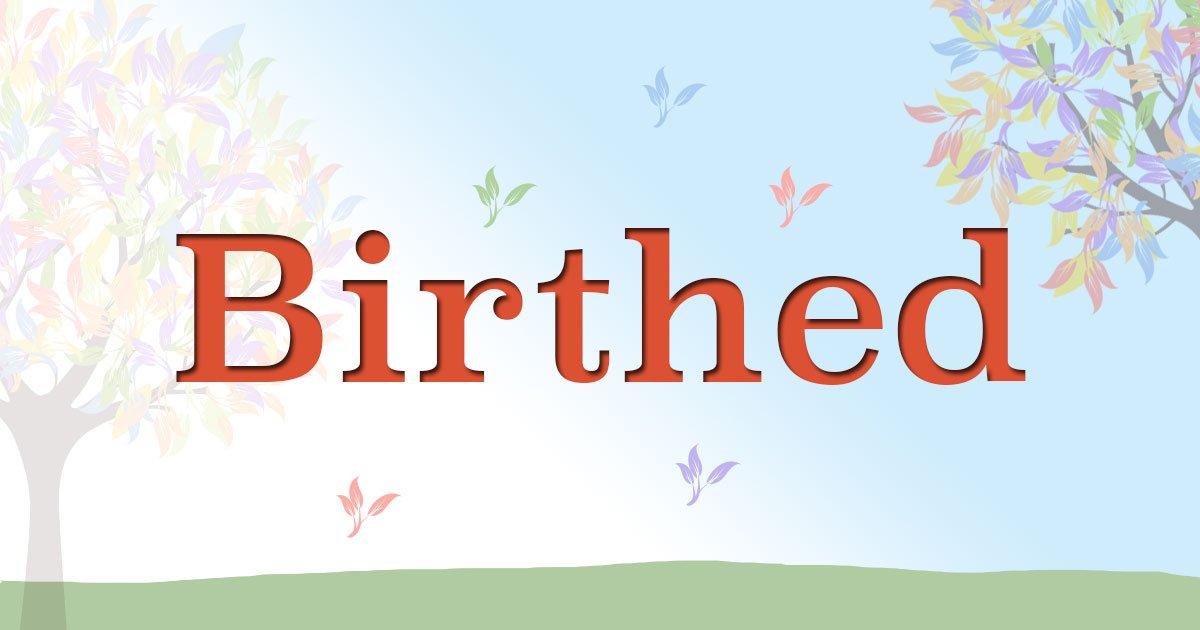 During these weeks of Advent, I’m thrilled to offer you the voices of some articulate storytellers— storytellers with wisdom to share about how their experiences of pain or loss is birthing in them something beautiful. Not in a Pollyanna sort of way of course, but in the spirit of what Leonard Cohen once wrote: “There is a crack in everything. That’s how the light gets in.”

Isn’t Advent is all about light shinning in the darkness?

I’m thankful for last week’s post from Meredith Holladay. Today my friend Mary Wright Baylor– who I met on twitter several years ago and recently discovered we were not to distant neighbors (how fun!)– shares her poignant story of waiting in hope for better days to come.

Of all the seasons, fall is my least favorite.

With a July birthday, I adore summer.

I love the hot sun and heat, outdoor concerts, and fresh herbs in the garden.

As a child, I spent hours in the pool or ocean waves; I relished the freedom of summer and dreaded the return to wearing shoes and ­homework.

Later, as a young mother, the start of school continued to be a challenge; I missed my children and resisted the structure of homework and afterschool activities.

As a gardener, I find it melancholy to witness the end of the growing season, the harvest of flowers and herbs, the dropping leaves, and frostbitten blossoms. The shorter days and longer nights of fall take its toll on my energy and mood.

So, it was in this season in 2009, that I received a phone call that forever changed my life.

My sister-in-law called to tell me that her husband-my younger brother and the father of four-had tragically ended his own life. Totally devastated, I was overwhelmed to also hear “We need you to go tell your mom and dad.”

“Dear God in Heaven, how can I do that?”

I panicked that this shocking news would kill my elderly parents.

How could I ever tell my father, already frail from Parkinson’s disease and my mother, weakened by heart ailments, that their oldest son had died by his own means?

As darkness fell that September day, my husband drove me over to my childhood home.

I fervently prayed for God to be present, to give me strength, and to give me the language to break such horrific news. In reflection, I really don’t remember much of what happened the rest of that horrible night. Somehow, we managed our raw anguish and survived his memorial service. As we departed the church, I remember that the trees were turning color and the skies were filled with birds migrating.

Following this heart wrenching death, my father was markedly weaker and his Parkinson’s disease worsened.

In October, he was hospitalized twice for respiratory complications. As the daylight hours grew ever shorter, it was clear that his time with us was also drawing nigh.

On Christmas Eve, right after awakening from a nap, he suddenly stopped breathing. He could not be revived. With Christmas carols playing on the radio by his bedside, we surrounded our precious dad resting in peace.

Two deaths in three months. “Oh, God, give me strength! I cannot do this!” But somehow, I did.

On a frigid cold day in early January, I held my mother closely as the wind whipped in our faces and my father’s ashes were interred next to my brother’s.

My memories of the next couple of years are a gray blur.

Though working as a parish nurse, I focused all my energy on my mother. Always incredibly resilient and fortified by her deep faith, she was determined to live as fully as she could.

She continued to volunteer at church, to host family gatherings for holidays, and to join me on many outings. I remember taking her on a late summer day trip to the country. We commented that the fields of corn were drying up at the end of the season. Shortly after that, in early fall, her heart began to fail. As the days shortened and nights grew long, we took multiple trips to the emergency room. Hospitalizations kept me at her side. Though debilitated and homebound, my mother still enjoyed visits from her friends and delighted in time with my grown children. She was elated to learn that my oldest daughter, after several miscarriages, was nearing the end of her first trimester.

As fall progressed, my mother’s decline was marked and soon she was ready for home hospice care.

On a crystal clear November 14, while my remaining two brothers and I held her hands and sang “Amazing Grace,” my mother died very peacefully in her own bed.

With her death, my brothers and I had lost half of our family in three years. “Oh, God, what more do we have to endure?”  How could we possibly write another obituary or plan another memorial service?

I was physically exhausted from caregiving for so long. But again, somehow, we found strength and we rallied. The date of her funeral was scheduled for the first Saturday in December on the first weekend of Advent. We thought our mother who loved the rituals of Advent would like that.

On the day before my mother’s service, my pregnant daughter called in great distress.

She had just left a routine ultrasound in which it was discovered that her baby had died in utero. I spent that day, waiting with my son-in-law in the lobby of the hospital as our dreams of our small bundle of new life ended. “How long, oh Lord, how long???”

I remember the dark, bitter cold of that winter. Numbness alternated with despair. How would I ever feel normal again?

Would I ever experience joy? How could I resume “life?”  In the months that followed, I simply put one foot in front of the other. I struggled with my faith. “God, where are you?”

I didn’t know what to do other than to heed the psalmist and “to lift up mine eyes unto the hills.” Seasons passed.

And then, slowly and subtly, when I looked up, I began to notice. I noticed glorious sunsets and shooting stars. I heard the beating of a hummingbird hovering over flower blossoms.

I savored fresh basil and inhaled the fragrance of lavender in my garden.

There was no Hallelujah chorus or trumpet tune. But there were clear signs of God’s omnipresence. By witnessing God at work, I began to heal. Indeed, I began to treasure time with friends and trips with my loving husband. I savored outdoor concerts in the summer and felt peace as waves lapped on the beach.

In this autumn of 2016, I was energized by clearing the bedraggled garden beds and making plans for new gardens next spring.

Perhaps for the first time, I thought that the changing tree colors were particularly vivid and brilliant. Walking our dogs in warm sun and then snuggling by a fire in the evening was cozy. Almost imperceptibly, I recognized that I was not dreading the pending anniversary dates of my family members’ deaths—rather, I felt a sense of peace and serenity.

With a distinct sense of God’s presence, I was not the least bit surprised when on the 4th anniversary of my mother’s death, on November 14, my daughter gave birth to a healthy little girl.

As my tiny granddaughter sleeps, I notice the rhythm of her breathing and feel the fuzz on her little head.

This is Advent. I know that God IS always present. Our cries ARE heard and they ARE answered. And as we are promised, new life WILL come.

After an incredibly fulfilling career in multiple roles and settings in nursing, Mary recently retired (again) as the pastoral care nurse at the Washington National Cathedral. Her “serious” time is spent in volunteering with her alma mater, University of Virginia School of Nursing and Moms Demand Action for Gun Sense in America. Mostly, though, she savors the role of grandmother and dachshund “mom.” An avid gardener, yogi, and social media, she eagerly awaits the retirement of her husband at the end of 2016. 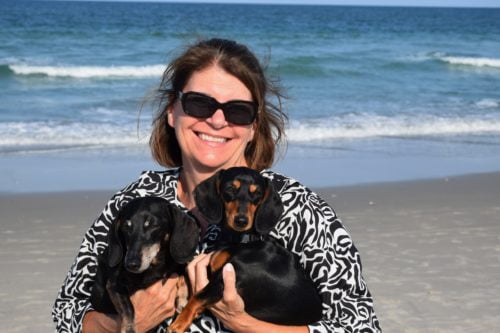 Advent’s Peace: It’s Not What We Expect
Next Post: Birthing Joy: Anne Bruce