Yesterday, I got the word via twitter that Fred Luter, pastor of Franklin Ave Baptist Church became President of the Southern Baptist Convention, elected at their annual meeting this week. 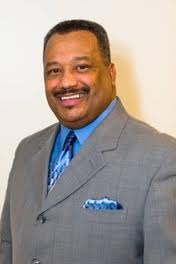 Such is a fact that I normally would not pay any attention to (I’ve long left my SBC roots since the day I felt a call to pastor), but with the election of Luter making national news (as he became the first African-American president in a mostly European American convention), I paid attention. What a noteworthy day in Baptist life! If you know anything about the history of the northern Baptists (now known as the American Baptists) spilt from the southern Baptists in 1845 over the issue of slavery, you know that a denomination founded on the principal of slavery now has an African-American president. No small thing at all!

Are times changing in the SBC?

While yes, in many ways, they are. Luter’s election comes, though 17 years after SBC leaders finally apologized to their African-American brothers and sisters for the convention’s sins of blessing slavery. It seems that as far as racial issues are concerned the SBC wants to chart a new course. It’s a slow-moving train toward racial reconciliation, but at least the train is moving in the direction of equality. Luter seemed to be just the pastor to take the convention to this historic place.

But, all of this mean what?

From where I sit as a pastor of an American Baptist congregation of diverse membership in Northern Virginia, I applaud the SBC’s progress. My African-American members do too. But, I fear this is a small step, many years too late. SBC has such a public relations disaster on its hands with leaders like Richard Land spouting out racial comments in recent weeks, resolutions being passed that demean one half of its membership– saying that women are to submit to their husbands and not hold leadership positions in church in the past several years, and fundamentalist ideas about scripture which make no room for grace described every Sunday from pulpits.  (And this is not even to mention our gay brothers and sisters in Christ who in the eyes of the SBC are non people). Southern Baptists after all are often know more for what they are against than what they are for.

The future  leaders of the church whom I interact with on a weekly basis in my congregation really have little to no patience for such foolishness. They want to know that God loves them, even when they mess up. They want to know that all their friends are welcome at church. They want the creative wind of the Spirit to blow through their gathered community with fresh interpretation of the scriptures for their life. Even more so, it is almost always a distasteful comment to say you have any personal association to the SBC in the circles I run in. Church abuse of all kinds still wounds hearts and lives of the faithful from this family of the Baptist faith. These are the kind of people who show up on Washington Plaza Baptist’s door each week and we try to help them.

To Rev. Fred Luter, I say congratulations. May God bless your future ministry and leadership with the convention. May God guide you and make the light shine on your future work. But, I fear, my colleague that you are steering a ship that is already sinking– being the first African-American president or not. There are problems greater for even one man to fix, no matter how great you are Rev. Luter.

Will this history making election, will the SBC change? Only time will tell. We all hope for the best.