Here we are: Advent week #2. Lighting the candle of peace each day.

Though it's the time of year that we sing "Let there be peace on earth."

Though it's the time of the year when we hear Amy Grant singing about her wish for "No more lives torn apart. And wars would never start."

Though it's the time of year when we  long for and idealize moments of family harmony with everyone being under the same roof.

I'm not sure this is exactly what Advent's peace is all about.

I've been preaching this Advent over at Springfield Christian Church in Springfield, Virginia and I have been struck by the Isaiah lectionary readings that . . .

Consider this: there are places we expect to see beautiful growing things, aren’t there? A greenhouse, a tropical vacation spot, Disney World.

But then there places we wouldn’t expect to find anything new or life-giving.

Such would be the tale of the house that Kevin and I lived in for 5 years before selling the property (thanks be to Jesus) over a year ago.

I’d be raking, blowing and blowing leaves some more often up until nights before the prediction of the first snow.

No matter how hard we worked to remove our yard of them, they never seemed to go away. We always seemed to keep some from fall to fall no matter if we wanted to our not. 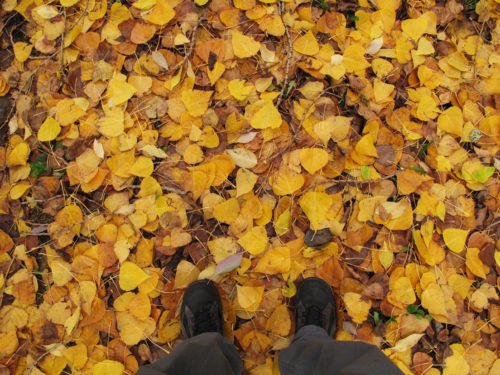 We’d ask for input from some great landscapers only to hear each one of them say, “Well, have fun growing moss.”

Of course, we could have cut some of the trees down to solve our problem, but the neighborhood had some rules about that and who had 10,000 of dollars lying around just for “tree removal?”

So . . . with our “throw our hands up in frustration” approach to our yard, I never tried growing anything even though I love flowers and the idea of fresh tomatoes.

I affectionately referred to our yard the Hagan wasteland.

However, I remember one March walking outside in the crisp of the morning in shock.

Before my eyes stood tulips breaking forth from the rocky ground.

I wanted to shout, “How in the world did my desolate yard grow something so beautiful?’

Because let’s review: we did not till the soil. We had not planted any seeds. We didn’t even remove all the leaves from the flower bed months before.

Yet these were gorgeous pink, white and yellow tulips. I couldn’t stop staring at their loveliness.

If you’ve ever had a surprise in your backyard or somewhere you’ve visited, then you’re in the perfect emotional spot to hear this word from Isaiah 11:1:

Isaiah offers this prophetic word, “A shoot shall come out of the stump of Jesse, and a branch shall grow out of its roots.”

It’s equally unthinkable vision of the future both for the time and place over which it was spoken and the image it presents.

Think about what a dramatic metaphor this is? A branch growing of a stump. There’s nothing more dead than a stump, isn’t there?

For we know, right that a stump the remains in the ground of a tree that has been cut down. It might have been great at one time but is no more. And it’s an unsightly part of any yard or forest patch, isn’t it? So much so that when we do have trees removed from our yards we often ask for the stump to be dug out as well. What good is a stump in the middle of a patch of earth?

Stumps tell stories of death—and who wants to be reminded of that?

I had a neighbor once who told me of her difficulties selling her house because the giant stump in the middle of the yard was perceived as an eye sore. So much so that her real estate agent came and made her plant a flower bed over the top of the stump. And it worked—days later with the disguise in place she finally got an offer.

Yet, Isaiah says this unthinkable word about a stump that has nothing to do with ignoring it or covering it up. “A shoot shall come out from the stump of Jesse, and a branch shall grow out of its roots.”

But here’s the heart of Isaiah’s message. Death was not the end of the story:  “A branch shall grow out of [the stump’s] roots.” 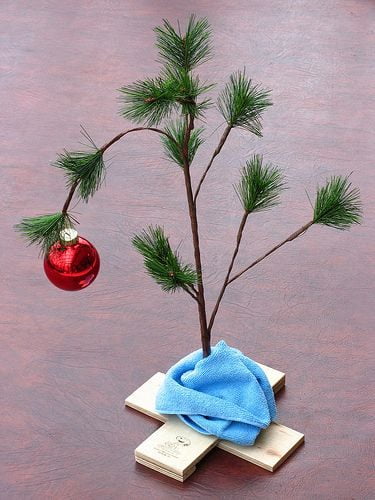 As I was sitting with this text last week, the image that came to mind for me was of a stump with a Charlie Brown like Christmas tree growing out of the top—small, fragile branches with a few leaves on each stem. Can you see it too? Shockingly brilliant in its existence.

Contextually this image is helping us see that God had a plan to reconcile not only Israel, but all of humanity.  A branch would soon be growing out of a dead stump. This plan would also be shockingly brilliant in its existence too.

And in a couple of weeks, we’ll all start talking about  “For unto us a child is born and unto us a Son is given.”

We'll talk about a movement of God that was birthed in a sleepy little town, in disdained tiny stable and attended by some unknown shepherds.

We'll talk about some swaddling clothes.

But we’re not there yet—

I think in the waiting God wants to expand our imagination of what peace looks like.

Jim Wallis, founder of Sojourners tells the story about a trip he took to South Africa in 1987. Nelson Mandela was still in prison. Segregated everything was alive and well.

During his trip, he said, "I met a 14-year-old boy who was, like many, organizing in elementary and high schools [toward social change]. I asked him if he was optimistic for the future and he said, 'Yes.' [Then] I asked him if he thought there would be a new, free South Africa someday, and he stated to me matter-of-factly, 'I shall see to it personally.' ...There is simply no other alternative than for each person to see to it personally."

Though we all know in 1994 this boy’s vision became a reality, you can imagine how crazy he sounded in 1987? Reconciliation in South Africa in his lifetime? Release of Nelson Mandela? He had to be kidding, right?

And I believe, the vision of this South African boy is what Isaiah 11 is begging us to see—a world where peace actually happens.

One of my professors from seminary Dr. Portier-Young puts the message of the text like this, “This is the promise, the glorious, abundant resting place where the root of Jesse stands. This is the vision of security. The shoot will grow tall and become a visible sign for the nations. Not a battle standard, but a standard of peace.”

Or simply put- God’s reconciliation work looks as wonderful and as laughable as this. Peace looks like this. New life coming from what is really dead.

So do you have something dead in your life? Then open your heart up to expectation. This is where the peace is going to come.