There’s a reason that songs like “New York, New York” and “Hollywood” are so popular. We love singing about the cities where “If you can make it there, you can make it anywhere” because there’s a popular assumption in America that if anything really good happens, it will come out of a big city.

Because of these facts, it’s so easy to believe that important things happen in important towns. Period. If you don’t live in an important town, oh well. . . not much is going to go on.

But is this always the case?

When I say, Seneca Falls, NY, you know it. Why? The women’s movement.

Seneca Falls, a once sleepy town of a few families rose to prominence when Elizabeth Candy Stanton decided to organize a gathering that became THE start of a woman’s right to vote.

When I say Selma, you know it. Why? The Civil Rights Movement.

We know of Selma, a sleepy town of a few thousand residents in the middle of Alabama, because of that fateful day on March 7, 1965 Martin Luther King, Jr. and thousands of supporters dared to say segregation would no longer be tolerated.

When I say Plains, GA, you know it. Why? Because of Jimmy Carter.

Plains, a central GA town of still only 688 residents today was the birthplace and still is the homestead of Jimmy Carter, the 39th President of the United States. Who would have thought that a peanut farmer would one day be at the center of American history both in and out of office?

You see, there are good things—often even the best things can come out of small towns, of unexpected towns, of lowly places, wouldn’t you say? 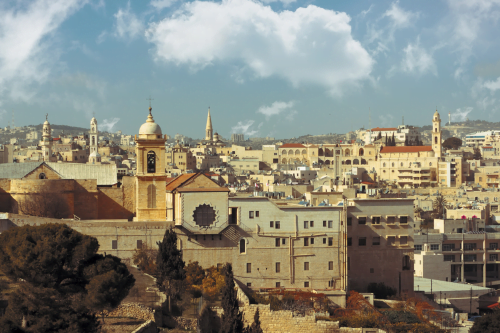 And such seems to be the message of Micah chapter 5. The prophet Micah opens the chapter he says this hopeful word about the nation of Judah’s restoration: “But you, O Bethlehem . . . who are the one of the little clans of Judah, from you shall come forth from me one who is to rule Israel.”

Micah is writing around 760 BC a time the nation of Judah is living under siege from the the Assyrians. They’d invaded the region and their military prowess was bar none—so weren’t going away anytime soon. You can imagine that folks feared for their safety and their security in the future.

And this was the word of the LORD: a new ruler is going to come out of Bethlehem.

I can image the disbelief of those who heard this prophetic message. “You’ve got to be kidding me! Why not Jerusalem or at least some other town . . . Not tiny Bethlehem! Times are hard. We’ve got to do better than that!”

Even though Bethlehem was the the hometown of David, and historically they’d already been through this before— when Samuel was told by the LORD to go there to anoint the next king of Israel from among the sons of Jesse—the fact in Micah’s time was UNBELIEVABLE as well.

So hope from “one of the little clans of Judah?” Not exactly a New York or LA kind of dream . . .

For the work of the gospel is this: God is in the business of lifting up the lowly.

In Luke’s gospel two cousins, Mary and Elizabeth meet up. Filled with wonder of their unexpected and unlikely pregnancies, 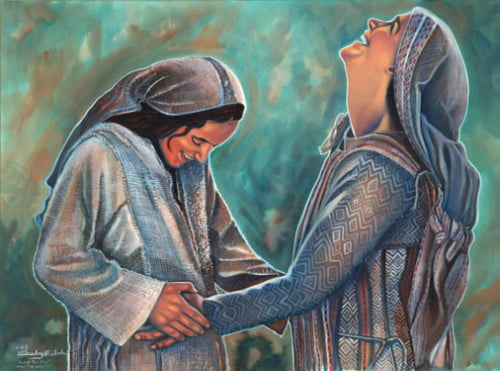 they both knew one thing: God was with them. And in Mary’s case quite literally.

For as soon as Elizabeth saw her with child cousin, we are told the Christ child leap in her womb. And in response, not only did Elizabeth exclaim about Mary, “Blessed is the fruit of your womb” but Mary is so overcome with thanksgiving she begins to sing. Saying, “My soul magnifies the Lord.”

And the song, known in our Christian tradition as the Magnificat, is the original radical Advent carol.

Hear these words of Mary: “My spirit rejoices in God my Savior, for he has looked with favor on the lowliness of his servant. . . . [God] has shown strength with [God’s] arm; he has scattered the proud in the thoughts of their hearts. He has brought down the powerful from their thrones and lifted up the lowly.”

For as Mary sees it, God had no respect for the persons of so-called power in her world.

I’m not sure Mary would be impressed with our modern-day celebrity figures, presidential candidates or even Barbara Walter’s list of “The 10 Most Fascinating People of 2015” Nope. She speaks of how God has “filled the hungry with good things.”

Famed Episcopal preacher, Barbara Brown Taylor says this about Mary in her book, Home by Another Way: Mary sings, “for every son and daughter who thought God has forgotten the promise to be with them forever, to love them forever, to give them fresh and endless life.”

Mary’s song is the theme of the hopeless!

And it’s like the songs lifted up throughout the pages of scripture by other “lowly ones” come before her.

Such as ones by Miriam, Moses’ sister who sings of the “horse and the rider being thrown into the sea” as the LORD delivers the children of Israel from Egypt.

Ones like from Hannah, barren and without any status from her family or cultural system, sings when she learns she’s pregnant of how “the bows of the mighty are broken but the feeble grid on strength.”

Ones from the unknown Psalmist of number 146 which speak this: “The LORD watches over the strangers, upholds the orphan and the widow.” (7-9).

These songs are resistant songs, much like Mary’s carol. Songs which beat with the sound of God’s heart for those who we’d never expect to get to know! The world may forget, but God does not!

Are you seeing the picture?

God lifts up the lowly. God exalts the lowly place. God comes in sleepy and forgotten towns. Places in our world where nobody would think God would be. 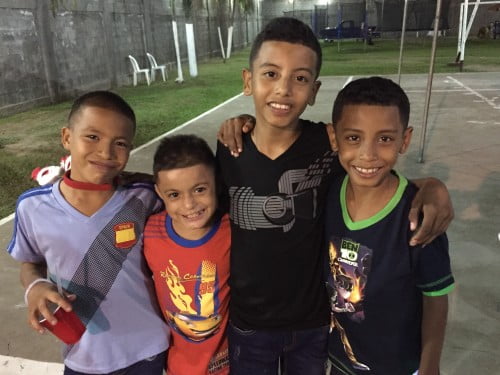 This weekend, my husband and I were a part of a mission in Honduras. As we celebrated Christmas with a group of boys at orphanage each boy received a Christmas present. It’s not an unusual tradition for it now happens every year, but for a couple of the two youngest boys new to the center, it was completely new.

One of them, I’ll call him Luis, recently came to the center because his other brothers all died in gang shoot out. His mother was afraid for his life and took him to the country’s social services to ask for him to be placed in a home where he wouldn’t be killed by the men in the gangs too. She could not bear to lose one more son. His adjustment to life without his mom and his brothers hasn’t been easy but slowly Luis is finding his place in his new safe home.

During the Christmas celebration Luis’s name was called to come forward and receive his present. And in his package he found a remote control toy car. After returning to his seat, we later learned that Luis bowed his head, closed his eyes and prayed:

“Thank you God for my first Christmas present.”

The look of joy, his teacher said, on his face beamed with pride! A dream come true for this 9 year old happened!

This to me, was a picture of what lifting up the lowly is all about. A child in a Honduran orphanage who thanked God for his first Christmas present!

For when I see God come in my life, I most assuredly see God in the faces of kids like Luis.

This is what I most want to offer you today when God comes—God not only keeps God’s promises and sends messengers and gathers us together but God lifts up the lowly.

The only question is will we see our Lord this Christmas? Will we make room for this great surprise?

I Need You. You Need Me
Next Post: Christmas Joy