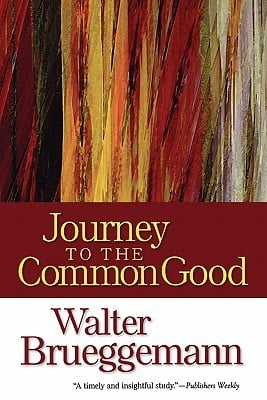 The Ten Commandments . . . It isn’t usually the type of post that you imagine me getting excited about, especially when you know I'm not a person all into "hell fire and brimstone" or tons of "thou shall nots."

However, when I read famed Old Testament scholar Walter Bruggemann's take on this passage in his book Journey to the Common Good, I was so excited I hardly knew what to do with myself (which is of course letting you in on my pastor dorkiness) because his framework for the meaning of the Ten Commandments shed a whole new light on this often over quoted, frequently debated and controversy driven portion of scripture.  (Kevin can attest to this fact after I sought to give him the cliff note version of this book on the way home one afternoon in the car and wouldn’t stop talking about it to which he might or might not have stop listening . . .

So, can you name all ten?

If you only found yourself able to name a couple, you are in good company. If you are like most Americans, the number of them that you know is always less than ten.

In fact a survey several years ago reported that more Americans could name seven ingredients of a McDonald's Big Mac hamburger and members of TV's "The Brady Bunch" more easily than the Bible's Ten Commandments.

Less than half of respondents -- 45 percent -- could recall the commandment "honor thy father and mother""[i] but 62 percent knew the Big Mac has a pickle and 43% knew that Bobby and Peter were Bradies.

So even as most of us don't exactly know all of the commandments, there are some of our Christian brothers and sisters sure do get fired up about them.

We've all heard and followed the news of legislative battles over placement of the ten commandments in public places over recent years.

For example in September 13 of 2011, the Huffington Post reported that "The American Civil Liberties Union of Virginia sued a southwest Virginia school board for posting the Ten Commandments, contending that the display violates the Constitution's guarantee of separation of church and state. This lawsuit sought to have the Ten Commandments removed from school walls and a ban on further display of the biblical documents.[ii]

The Ten Commandment and American religious culture go hand in hand as the debate in of their appropriateness in public life is likely to go on for generations . . .

So what can we learn from them?

If we go back to the text-- Exodus 20-- at their first appearance we see the context.

Prior to this moment at the base of Mount Sinai, the nation of Israel were slaves. They were owned by the nation of Egypt. They labored hard from sun up to sun down to edify and strengthen not themselves or their families but the empire.

They were asked to perform in bondage back-breaking work simply because the Pharaoh of the land was a afraid: afraid that without oppressing others that one day he'd not have enough.

And I believe this is most important: they were a member of a society that was build not on ever having time to rest-- because if you stopped then someone else might get ahead. It was also a society not built on caring for neighbor-- because the only way to get ahead as a nation was to put others down.

Yet, as we know, everything had changed. The nation of Israel was now FREE!

Now, no longer would they be asked to bow to Pharaoh or any other god for that matter.

They’d be asked to form their life together around this truth: "Remember the Sabbath day, and keep it holy. Six days you shall labor and do all your work. But the seventh day is a Sabbath to the Lord your God; you shall not do any work."

They’d be asked to put neighbor above self and "honor your father and your mother," "not commit adultery" "not steal" or "bear false witness against their neighbor."

. . . that was no longer based on scarcity, the fear of not having enough.

Instead, they would be asked live together as a people who believed as the Apostle Paul would say later on in the New Testament, "My God shall supply all of your needs."

They would be an abundant community.

They’d be asked to become a community where no child was left behind wondering if their parents loved them because adultery broke up their parents marriage  . . .

They’d be asked to be a community where there would be no need to take another's food for everyone had their share . . .

They’d be asked to be a community where the deep breaths and moments of life reflecting silence would bring restorative healing as Sabbath, or a day from work was regularly taken. . . .

But their freedom and the abundance of provisions came with a cost. It actually was for a bigger purpose!

Remember long ago what God had said to their ancestor Abraham when he had been called by God, God said to Abraham, "all peoples of the earth will be blessed by you." 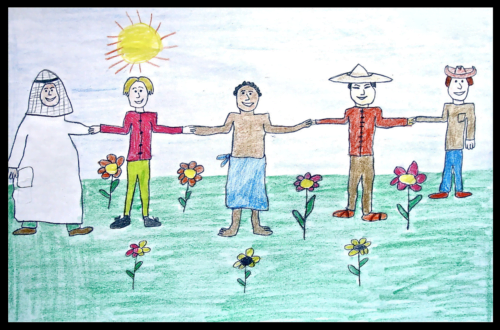 Well, I believe that it is here in this moment of history that the way of life comes to be in order to make this happen.

The people of Israel are given an order to their life together so that they can use their blessing by God to bless others. Most of all this: to create a neighborhood where all would be welcomed. ALL people would be welcome.

Walter Bruggemann puts it like this, the Ten Commandments "are not rules for deep moralism. They are not commonsense rules to scold people. Rather, they are the most elemental statement of how to organize social power and social goods for the common benefit of the community."

Which is a way of saying, the Israelites were being asked to order their lives in such a way-- not just to feel shame if they broke one of the commandments, not just to feel like their God was lording over them in oppressive ways (as Pharaoh had done) but journey together toward the common good of all.

Here’s the underlining point: God gave them the 10 commandments to be intentional in their inclusion.

But the question was would they create it? Will we?